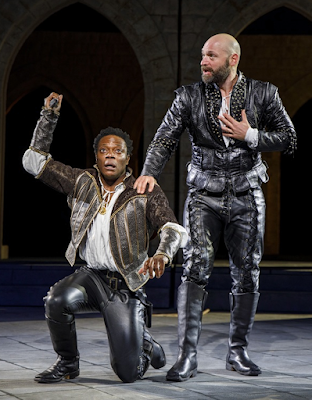 A bushily-bearded and bald Corey Stoll can currently be seen in tight leather pants on stage several times a week for free here in New York City - he's playing the Iago to Chukwudi Iwuji's Othello for the Public Theater's annual Shakespeare in the Park, as we previously reported here and here. I got to see HALF the show this weekend...
.

Started pouring right after the intermission! Literally right as Othello said “Your hand's moist, my lady.” Waiting to see if they start back up #shakespeareinthepark #nyc #othello
A post shared by Jason Adams (@jasonaadams) on Jun 2, 2018 at 7:05pm PDT

.
... the second half got rained out, sadly. I'm going to try to win the lottery again when I have the chance but I liked what I saw... which was a lot of Corey Stoll running around in leather pants. I liked it! Anyway you can hit the jump for several more pictures of just exactly what it was that I was liking... 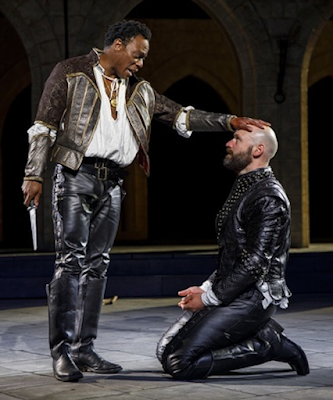 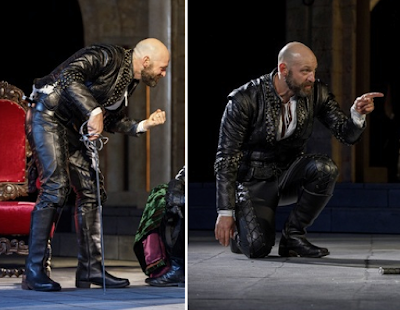 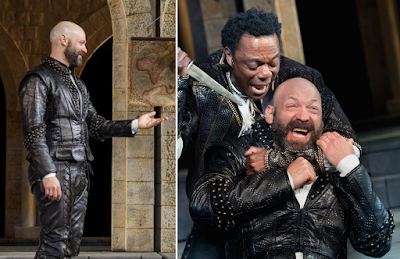 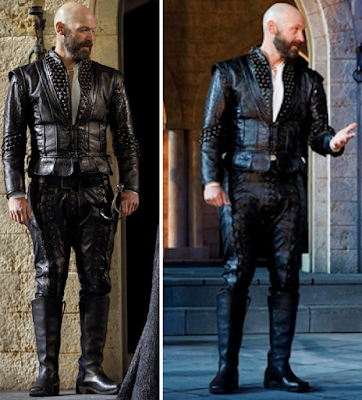