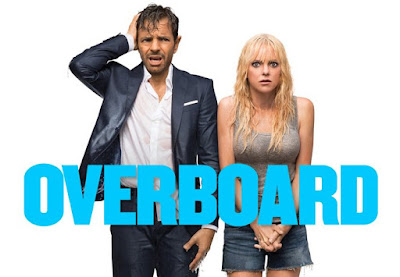 I really want Anna Faris back in the movie business and a remake of Goldie Hawn's 1987 comedy Overboard seemed at first glance like a fun possibility, but the buzz on this sucker (in theaters tomorrow) is pretty bad - it still seems incomprehensible to me, with all due respect to her co-star Eugenio Derbez, that they didn't cast her at-the-time husband Chris Pratt in the role. 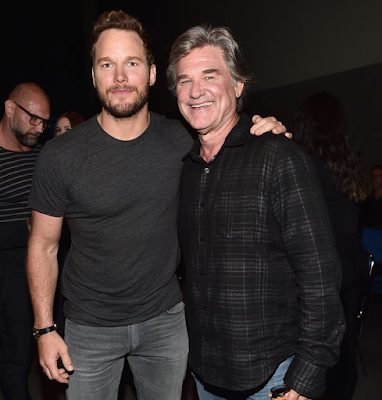 Chris Pratt is so Kurt Russell that they hired Kurt Russell to play his dad in the second Guardians movie, for god's sake. I know the socio-economic and gender roles have been reversed this time in order to get around the original's way dated notions of such things but it still feels like a huge opportunity missed. Oh well. I guess we'll see! (Probably when it hits Netflix.) But as long as we're here and I'm thinking about what great white trash Kurt played back in the 80s... 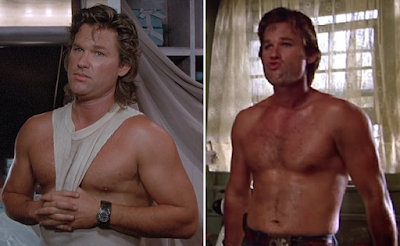 I really don't think this is the type of movie Chris Pratt would want to be associated with just yet. Unless Jurassic World 2 doesn't do that good at the box office, that is. In which case he'll probably start showing up on comedies.

They totally blew it with this casting. Pratt or something other guy who can play obnoxious privileged straight white male is exactly who they should've cast to be humiliated by Faris. Instead they chose Derbez, which is wrong for 2 reasons:

1) Based on the trailer, they have absolutely no sexual chemistry.
2) White girl telling obnoxious rich straight white guy to clean her house and take care of her kids? Payback. And funny. White girl telling a Latino man to do those things? Highly problematic. I can't believe they were so dense as to not realize how that could be perceived.

What a wasted opportunity.