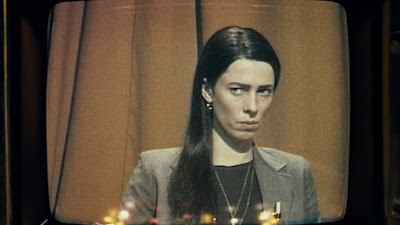 Christine: This is totally at odds with the work
that I've been doing, it's exploitative!
Michael: Then why are so many people watching it?
The same people you are so concerned about representing
are the ones who are gobbling this stuff up!
Christine: We're supposed to know better.

Man those lines feel pretty vital at this moment in time don't they? Well I'm not posting them (just) because of that, I am posting them because it is Rebecca Hall's birthday today and if you're not head over heels for Becky Hall these days then you just haven't been paying attention. I keep wondering when she'll finally get her Oscar nomination - she's several past due if you ask me, up to and including her work in this film, which was better than any of the actresses who actually got nominated that year. (Okay maybe not Isabelle Huppert in Elle, but just as good as that.) 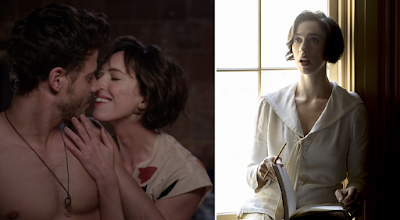 Do yourselves a favor and go watch this or Professor Marston and the Wonder Women or her recent rom-com Permission and appreciate that we're in the presence of greatness. And in summation she's married to and has a baby with Morgan Spector, sigh... 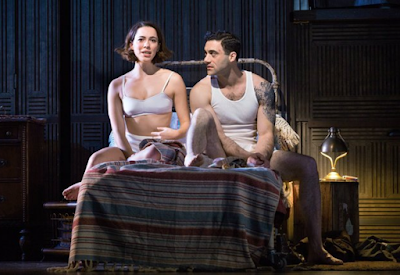 She is amazing in The Gift too, that's when I fell in love with her. The Awakening is fun and creepy at times too, but her acting is in a higher level than the movie. And well, I don't even want to remember The Dinner but she was great as always.