The amazing @ojacksoncohen 🙌👏👌in between takes on set of The Haunting of Hill House
A post shared by Michiel Huisman (@michielhuisman) on May 7, 2018 at 10:55am PDT

.
Having been nearly a year since it was announced I keep forgetting that Netflix is currently in the process of shooting a series based on Shirley Jackson's horror classic The Haunting of Hill House that stars two MNPP-faves in Michiel Huisman and Oliver Jackson-Cohen. The former posted this picture of the latter on set just a wee bit ago on his Instagram - PS Michiel's posted several very pleasant shots of himself (as if there's any other kind) over the past couple of weeks so you should probably be keeping an eye on that... 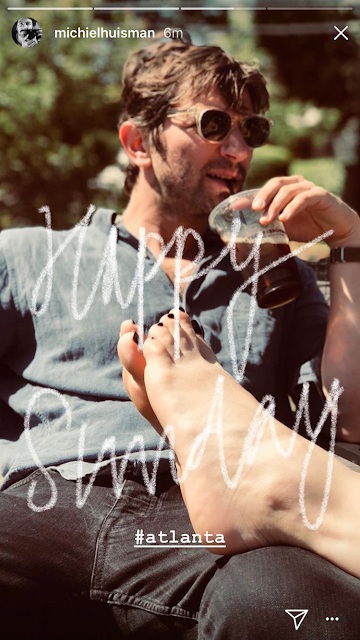 In related news I re-watched Karyn Kusama's 2015 horror film The Invitation last night and holy hell does it hold up. I'd worried that knowing where things were going would tamper my appreciation of the movie, since so much of watching it the first time (here's my review from way back when) is about not being sure where it's going, if it's heading where you think it might be heading, but that is not the case I am happy to report.

Foreknowledge of the outcome actually somehow makes re-watching the film even more upsetting; seeing all the signs present themselves and the characters willfully ignoring or avoiding them out of a misplaced sense of social responsibility makes everything even more sickening... and I mean 'sickening" as high praise, obviously. If you've somehow managed to miss this movie until now I really recommend firing it up. It's streaming on Netflix! Easy peasy.
.

THE INVITATION is barely three years old and it should already be considered a stone cold classic, one of the greatest horror films of our time - both a blood red shriek of grief and a black comedy about meeting your new boyfriend's ex pic.twitter.com/cjgUVIMmkj
— Jason Adams (@JAMNPP) May 7, 2018

.
Kusama's next film Destroyer with Nicole Kidman and
Sebastian Stan really can't get here soon enough for me.
Look at these pics of Seb & Nic on the set! (via) 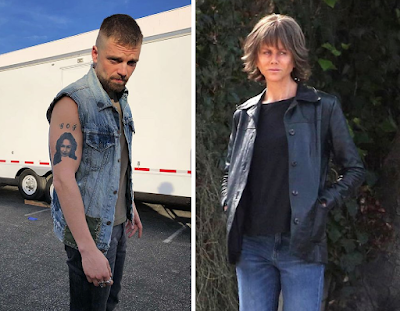 Yes, this movie is so good! And I can totally see it working a second time for the reasons you describe. Can't wait to see what she does next.