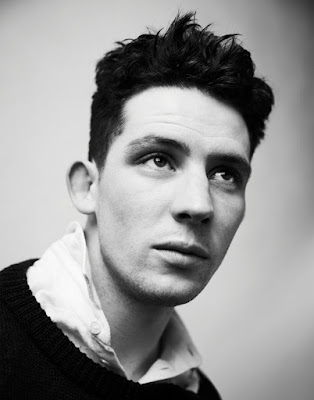 So tell me again - do you guys watch The Crown? I do not but I've been tempted - the boyfriend quite uncharacteristically started watching it several months ago and got (dare I say) royally hooked, which convinced me that maybe I ought to give it a try. That was followed up by two more vague urgings via vague happenstance - I thought Claire Foy was splendid in Steven Soderbergh's Unsane, which marked the first time I saw her in anything, and number two (which I've posted about previously) I found out that Matthew Goode was having bisexual threesomes on the show. I should be watching this show already dammit.

Anyway more prodding comes via this week's news that the next season of the show will feature God's Own Country star the marvelous Josh O'Connor - he's playing young Prince Charles! Ha, Prince Charles wishes. This is so nice to Prince Charles. Oh and apparently Olivia Colman is on the show now too? That's it! I'm starting it over the long weekend. And I will maybe watch God's Own Country again while I am at it...

I absolutely love the Crown. I share a birthday with Queen Elizabeth II, which is one reason I do, but it's so beautifully done. Matt Smith, who plays Phillip was Christopher Isherwood in Christopher and his Kind. Also, watch The Windsors, which is one of the funniest series ever done. It's a perfect send-up of the Royals. I especially love how Fergie, Beatrice and Eugenie are presented. Gotta love the royals.

Good for his career but feel sorry for him. Hate the entire institution and cannot wait for it to go away.

I looooved God's Own Country. And he was so great in that too.