Phillip Noyce's anti-erotic thrill-ride Sliver came out 25 years ago today! Sharon Stone was hot hot hot thanks to Paul Verhoeven's trash-masterpiece Basic Instinct coming out the previous year and showing us Sharon's all, so to speak, and this movie showed us what would happen if you put two stars who hated each other's fucking guts into the same sort of trashy movie but not directed by Paul Verhoeven. It didn't work! 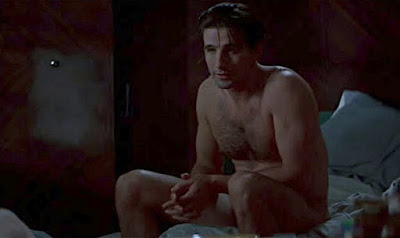 That said Billy Baldwin is at peak hotness in this movie so I've always had a soft spot for it. (Although perhaps "soft" isn't the right word.) And, as I've spoken of before, the movie's weirdly knotted up with my birth as a cinemaniac. So basically this marks 25 years I've been a psycho movie buff, too. Let's all throw ourselves into a volcano...
.

It was supposed to end with Sharon & Billy flying into a volcano! Really!!! But test audiences hated it
— Jason Adams (@JAMNPP) February 5, 2018

Agreed, this movie is hot! Billy was gorgeous and generated heat with Sharon. I wrote about it on my blog:
http://angelman.blogspot.com/2013/06/sliver-1993.html