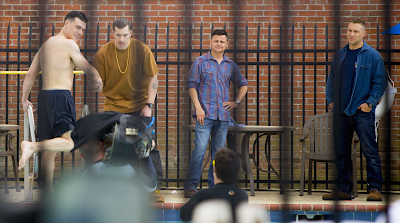 I'm not sure if Semper Fi is still shooting right now but it was as of a few days ago (according to jai Courtney's Instagram) and that has seemed like kind of a long shoot, no? It was January when we shared the first pictures of Jai Courtney and Finn Wittrock and Beau Knapp and Arturo Castro on the set and those were already a little dated when we found them. As are these pictures (two weeks old now!) of Finn scampering around half-naked with the rest of the boys watching him scamper half-naked around. Hit the jump for a dozen or so shots of said scampering... 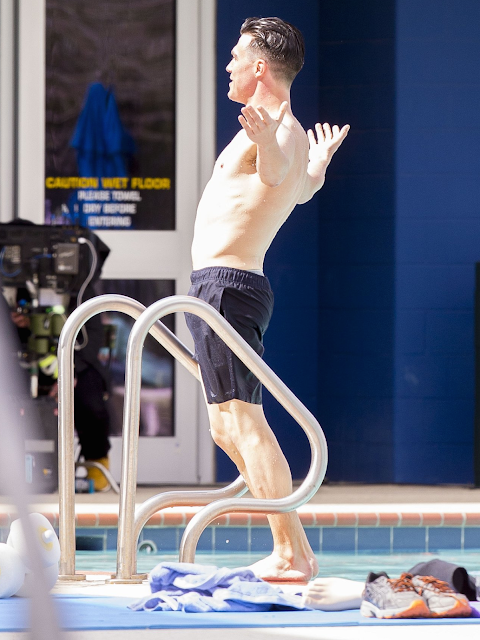 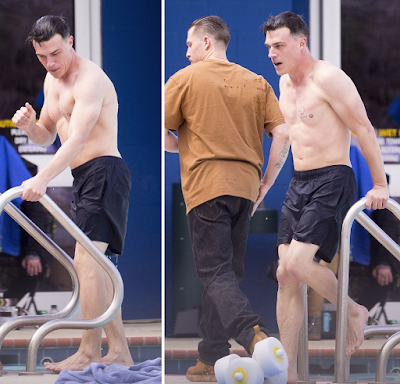 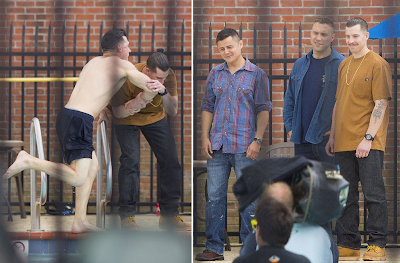 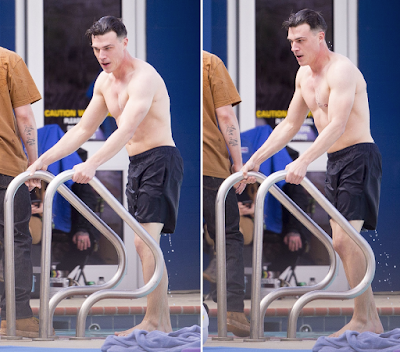 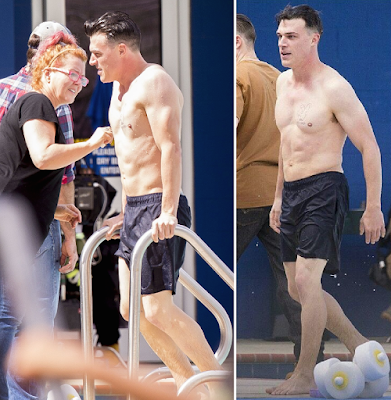 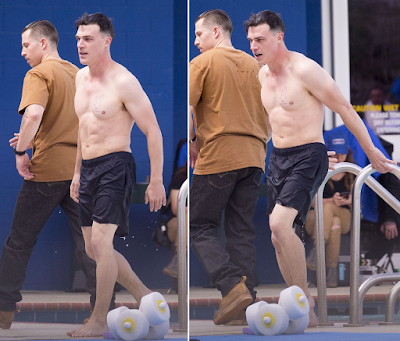 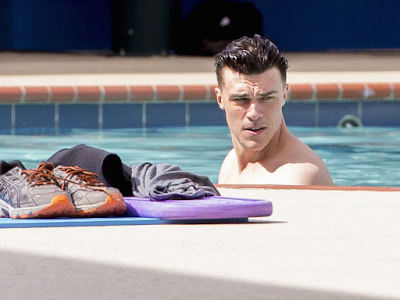