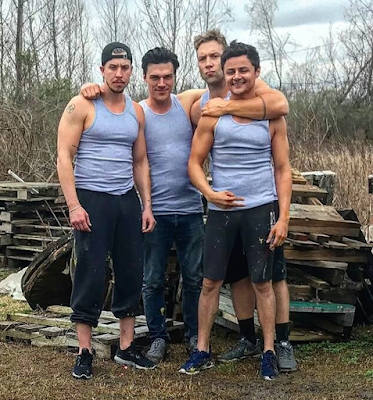 Well here's something to look forward to! Jai Courtney and Finn Wittrock are co-starring in a thriller called Semper Fi - along with Beau Knapp and Arturo Castro, also seen there - about a group of Marine friends who try to break one of their brothers out of prison after coming back from Afghanistan. The film was just announced over the weekend...

... but the boys are already out filming, or at least bonding, in the wilds of Louisiana - Jai's been Instagraming from the set a bunch (for instance it appears he just got all his hair buzzed off this morning). The film's the first feature-length fiction project from director Henry-Alex Rubin, who made the documentary Murderball back in 2005. Anyway let's hope that Jai keeps up to his usual bad-boy set habits and we get to see him streaking around Finn at some point... 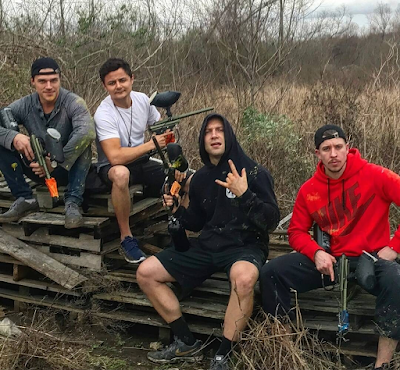