Call Me By Your Tomorrow 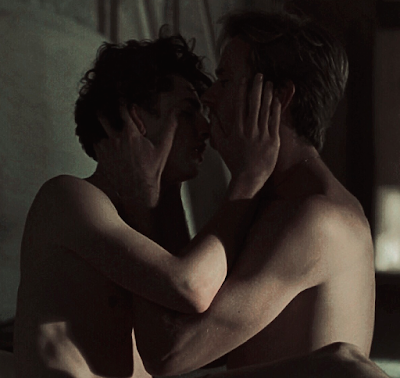 It didn't feel real until Amazon just sent me the shipping notice but it's real -- Call Me By Your Name hits blu-ray TOMORROW, you guys! Say your goodbyes, you're never hearing from me again! I kid, I kid, the movie's been online for a bit now and I'm still finding things to prattle about - I'm just excited to finally get my eyeballs + ear-holes on some of those extras. And speaking of eyeballs + ear-holes...
.

Andre Aciman reading some of the father’s speech in CALL ME BY YOUR NAME #callmebyyourname #cmbyn #andreaciman
A post shared by Jason Adams (@jasonaadams) on Mar 9, 2018 at 4:52pm PST

.
... Angels in America wasn't the only awesome (gay) thing I got done this weekend; I also got to see CMBYN author André Aciman do a reading/Q&A and that was quite the night itself. It was my second time seeing him talk (previously I saw him & Luca Guadagnino at an event together) and he seems as overjoyed with the past year's business as ever. He only did a few minutes of reading - he really wanted to answer questions, and he did for a very long time. 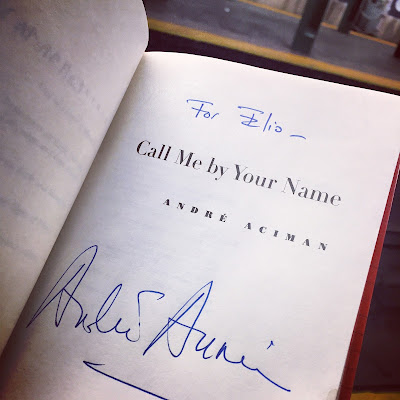 He didn't have anything to say about the sequel, which was the very first question - he said it will be a few years before they've ironed that out. But he did tell a delightful story about how the title and the idea behind it came about (which is something I tried to dive into one time); I didn't take video of it but he apparently repeated the story at a different Q&A so here that is (thx Mac):
.
.
I'm not surprised that it was something so practical - that's how these things usually work out. Life's greatest mysteries usually present themselves when we display just the slightest bit of curiosity towards our surroundings. On that note, A NEW VINTAGE TIMMY RAPPING VIDEO HAS SURFACED!!!
.
.

"For Elio" That is BEAUTIFUL!! You really outdid yourself here!