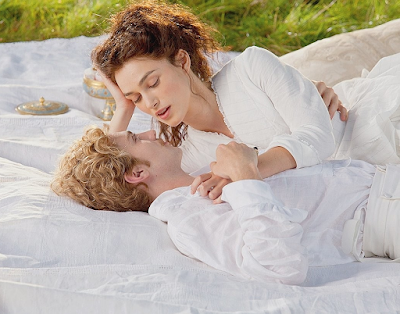 I have been dying to re-watch Joe Wright's Anna Karenina lately - have you seen it lately? Hard to believe it's already five years old -- only if we mark time by the stratospheric rise of Domhnall Gleeson's career since does it seems possible that five years have passed; I was only learning Domhnall's name when AK came out but now, well, I can almost spell "Domhnall" without looking it up and I can almost say it out loud without having to pause for a second. Almost!

Anyway that rambling introduction is my way of working to today's news that Joe Wright, fresh off the pretty smart success of his film Darkest Hour - which believe it or not was nominated for several Oscars just a few weeks ago, and even won one! - has found his next project, and honestly it sounds right up my alley. It will be called The Woman in the Window and yadda yadda it is basically Rear Window but starring a lady instead of Jimmy Stewart. But if you insist on filling in the yadda yadda, via DH:

"The story centers on the reclusive Dr. Anna Fox, who spends her days holed in her New York City brownstone drinking wine, binge-watching old films and spying on her neighbors. She eventually witnesses something she shouldn’t while keeping tabs on the seemingly perfect Russell family that lives across the way."


It's based on a book that came out in January by writer AJ Finn (and look at him, that dude is cute, you guys) -- have any of you read it? Is it worth picking up a copy? The thing that stands out to me upon first glance is that this appears to be set in the modern day - Joe Wright hasn't made a modern-day movie since Hanna in 2011; he usually sticks with period or fantastical pieces. I wonder if he'll reunite with his muse Keira Knightley (who's celebrating a birthday today - go wish her a happy one at The Film Experience) - it would be good to see Keira, I feel like it's been awhile, and this certainly sounds like a role she could play. Honestly the story even sounds like it's inviting him to go all stagey like Anna Karenina did, so they'd make nice bookends. Anyway in summation hey remember Eric Bana in Hanna you guys...

There are two versions of Anna Karenina that are worth seeing. The first is the 1935 MGM production starring Greta Garbo, Basil Rathbone, Fredric March and Freddie Bartholomew. The second was a Masterpiece production in the late 1970s starring Nicola Pagett. The new version doesn't excite me at all, because Garbo and Pagett were so good in the role.