Timmy From The Future 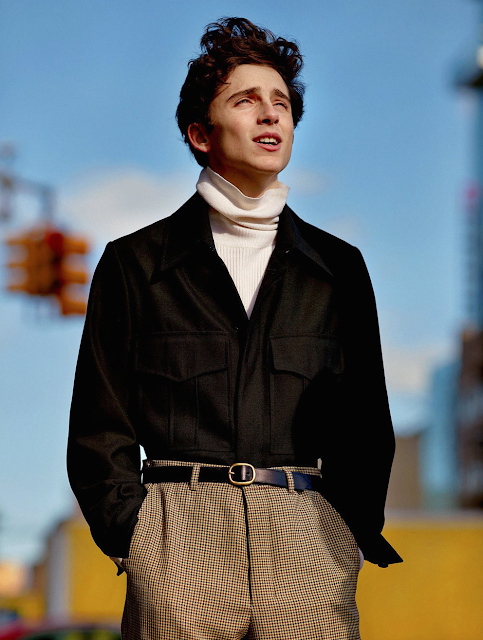 When I shared the new pictures of Armie Hammer & Timothee Chalamet on the set of Call Me By Your Name this weekend I shared a link to a website in the Netherlands that had the blu-ray for pre-sale, but ignore that! Because the disc is available for pre-sale here in the U.S. now! You can pre-order your copy at Amazon right here, although they don't mention a release date yet. (ETA The Film Stage is reporting the release date is March 13th.)

If you're in the UK you can pre-order it here and they do have a date - they're dropping the disc on March 5th. The movie opened in the UK a month before it was released (in extremely limited release) here in the US so I'm supposing they will also get their discs first... but who knows, especially with the movie not doing as well as it should've here at the box office. 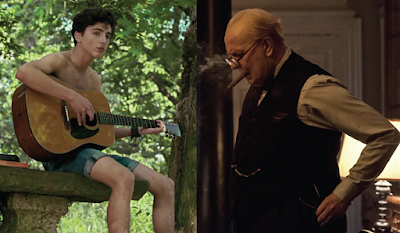 In other stuff this week's "Beauty vs Beast" contest at The Film Experience is pitting Timmy as Elio against his Best Actor Oscar competition (slash probable winner - don't get your hopes up, folks) Gary Oldman playing Churchill in Joe Wright's film Darkest Hour (a film I reviewed right here). This contest has gotten kind of nasty out in the wilds of Film Twitter but I'm pretty sure I know which way this poll will go... anyway click on over to vote!
.
Who? Jason Adams When? 3:00 PM

While I'm thrilled with the nominees, as usual there are actors who are always neglected. For one thing, I expect Coco will take the Animated Feature award, but Loving Vincent is the best movie I saw last year; I hope Frances McDormand gets her second Oscar, but Judi Dench gave the best performance this year in Victoria and Abdul. And, I think it's a shame that no one considered Sam Elliott's heartbreaking performance in The Hero, which, I thought, was the best performance by an actor this past year.

Never have I ever felt the Oscars were more of a popularity contest than this year.

It's not bias to say Timmy deserves it. Churchill is a terrific character. John Lithgow won an Emmy recently for playing him in "The Crown." But what Timmy does, throughout the film and particularly as the credits play, is on a higher level in every way. We're looking at a Phillip Seymour Hoffman playing Capote winning over a heartbreaking Heath Ledger in "Brokeback." Ledger's is the performance we remember from that year and Timmy's will be this year, win or no.