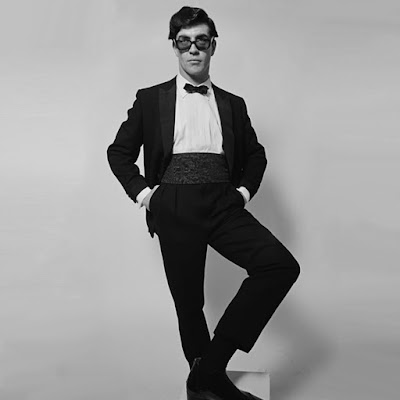 Since remodeling last year the Quad Cinema here in NYC has just been killing it with their retrospectives and series -- they've been so consistently amazing that I get overwhelmed, like somehow I forgot to mention their upcoming series called "Crimes of Passion" focusing on the so called "Erotic Thrillers" mainly of the 80s and 90s like Basic Instinct and Body Double and Bound and Black Widow and even ones that don't begin with the letter "B." That series is ongoing from February 4th through 17th but now they've gone and given me yet another reason to clot their hallways that month with my presence - they're just announced that they're devoting a couple of weeks to the films of my beloved Alan Bates too! 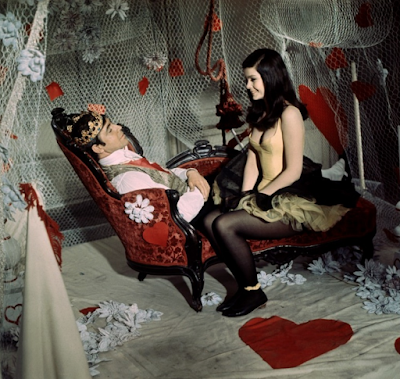 The series hinges on a brand new 4K restoration of Philippe de Broca's 1966 goofy anti-war allegory King of Hearts (which I've never seen) - they're screening that for three whole weeks starting on February 16th, but alongside it they'll be showing a cornucopia of work from both the director, including the delightfully wacky That Man From Rio starring Jean-Paul Belmondo, which we've posted about before... 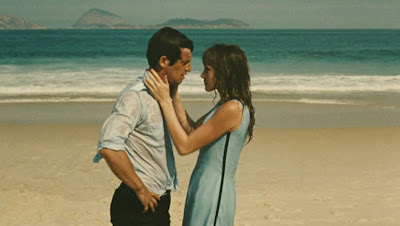 ... and they'll be showing about a dozen of Alan Bates' most important films - Georgy Girl? Check! Far From the Madding Crowd? Check! Women in Love? Check! Zorba the Greek? 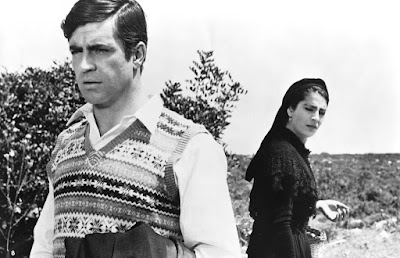 Check check! You can see the entire schedule right here. And you can probably also plot out right where I will be for the month of February too, in case you want to stalk or murder me or whatever. 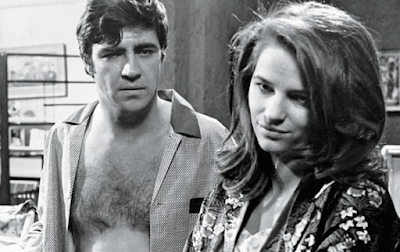 That Bates retrospective looks amazing - and can't wait to hear what you think of King of Hearts (I'm a big fan).

I share your great love for Alan Bates and the retrospective looks AMAZING! So jealous with all the goodness on offer.

The one I'd recommend the most highly, aside from King of Hearts which you are all ready all hyped up for, is The Running Man. Not because its the best film showing, though I found it very enjoyable, but even on a TV screen it's a beautiful film having been shot in Malaga, Spain and other exotic locales and both Alan and Lee Remick are ravishing in it so on the silver screen I'm sure it was be breathtaking. I'm sure the same will go for Far from the Madding Crowd another I yearn to see on the big screen.

I like him in the film but I hated Zorba the Greek.