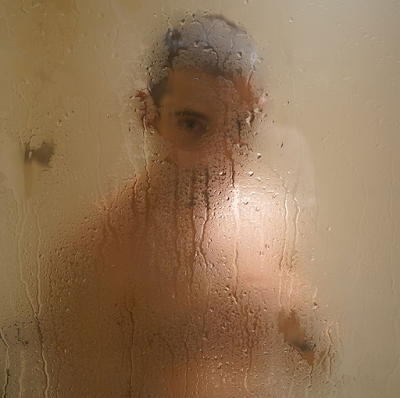 You know, I wasn't going to bring up the whole "Is Julian Morris gay boyfriends with Landon Ross" thing again after bringing it up a couple of weeks ago because I felt embarrassed even writing that post in the first place and only got more so with time -- it felt even kind of juvenile for me, which is a lot, speculating on strangers' private lives like that... even if it is, duly noted, a stranger that's spent a lot of time and energy monetizing his sex appeal to eyes like mine. But then Julian went and posted these shots on his Instagram and... come on. I might be hard but I'm not made of steel. 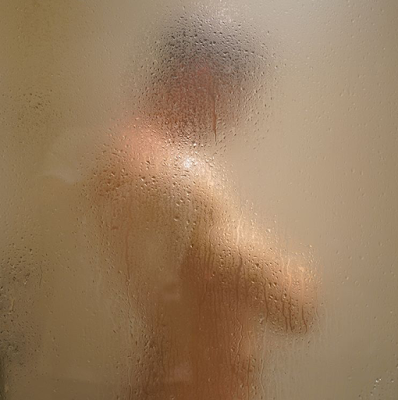 Anyway I personally cannot tell if that is Julian in the shower or if it's Landon - that eyeball in the first shot could be either one of them - but there is very clearly a male figure reflected in the glass taking the pictures. So I give up. You guys win. I will never feel goofy mentally invading your privacy ever again. (This is a good win for all of us, by the way.)
.
Who? Jason Adams When? 9:40 AM

Are you feeling any better?

Good to hear. You'll have to tell me your secret. I got sick about the same time as you (or at least when you said you were sick) and I'm still hurting. Haha!

My secret is probably I was sick earlier than I said anything and kept dragging my dumb ass around for too long and I probably should still be in bed today but dragged myself into work because I have a ton of work, so it's a terrible secret and don't listen to me! Take care of yourself, REST, and feel better!