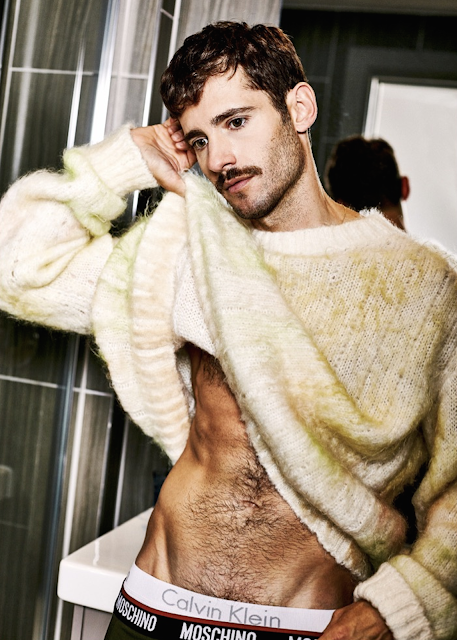 My first thought upon seeing the above picture was that it was a fake - Julian's head glued onto somebody else's body - because I thought I'd seen all of the pictures from this here photo-shoot - I posted several way back at the start of December - and this one, this golden one, was not there at the time. But upon closer - like really really close inspection - it appears to be a real picture of Julian. For which I can only say GOD BLESS. 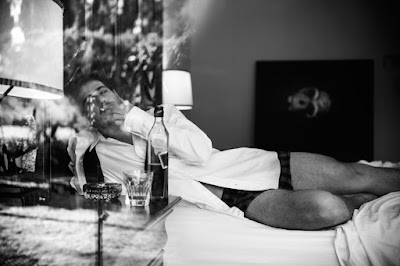 Anyway as with Guy Ritchie earlier I guess I am just in the mood to wildly speculate about the sexuality of people I don't know today, so y'all just look askance if that's not your thing and I will get over this soon enough - just remember before you feel like saying anything that wondering if someone is a homosexual is not a pejorative, so I am not slandering these people. Okay? Okay. So I don't know if anybody but me keeps track of such things but Julian sure does spend a whole lot of time with this dude named Landon Ross, an L.A. based artist. 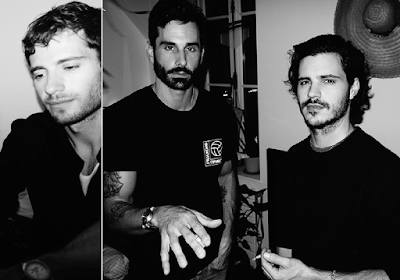 That's the them hanging out with the openly gay French male model Matthieu Charneau (far right) in Paris around New Years (via) and come on, it's hard not to speculate. Julian & Landon are inseparable, according to their respective Instagrams - I wish I had saved it (I foolishly thought someone else on the internet would care enough to) but a couple of nights ago Landon posted this... let's say provocative video via his Stories of Julian eating cream... I saw it right before I fell asleep and let's just say I had some nice dreams that night. 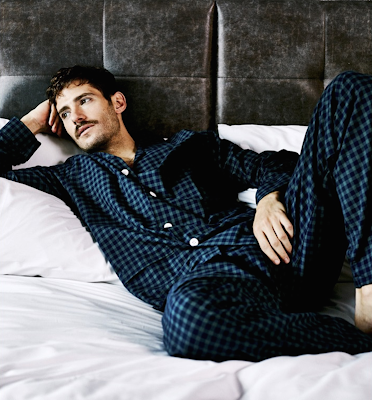 Anyway I only bring this up because I feel some sense of Fan Ownership towards Julian, having crushed on him for a full decade now since way back when the movie Donkey Punch came out, and it never struck me until recently, until seeing their linked Instagram lives, that I might've locked onto a kinship with him that I hadn't even realized at first. (And again, speculation all.) 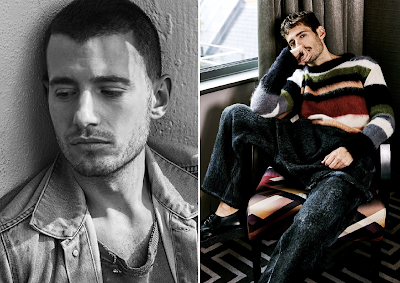 I know this all sounds kind of stalkerish, so let me be clear - I'm just expressing some surprise over the subtle workings of so-called "gay-dar" here. It always surprises me. It's the same feeling as when flipping through Playgirl as a teenager I was drawn to all the models who I later in life found out were the gay ones. It's weird! And perhaps it's nothing and I'm just a crazy person you should all ignore. (Probably definitely that.) I'm just fairly over being denied the Hot Gay Couples we deserve to shallowly follow in popular culture alongside all the boring straight ones. 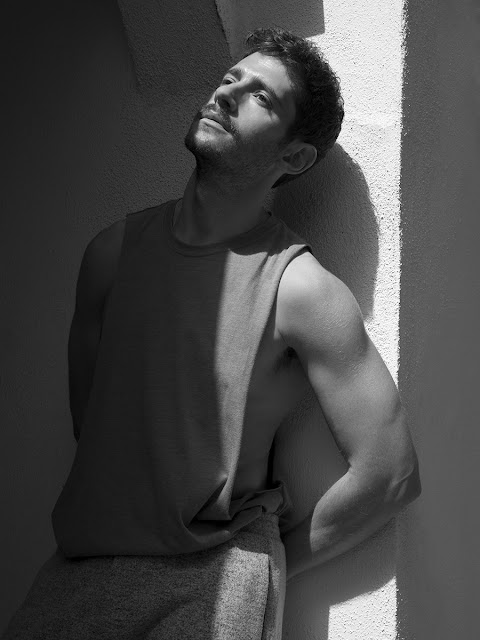 I'm going to go out on a limb and say Julian should be licked from head to toe and should never shave that gorgeous British fur!

I've always thought he might be gay, but it's hard to tell with British guys. He did post an insta story the other day wearing rainbow glasses.......