Call Me By Your Name... Again! 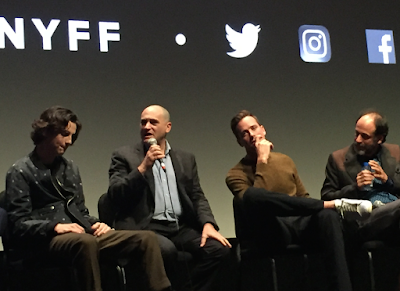 I literally woke up this morning thinking about a series of edits in Call Me By Your Name so I think it's safe to say that the obsession is real, you guys. If you missed me on Twitter - and I don't know how that's possible; even if you don't even have Twitter I must've been making enough noise to be heard anywhere by anyone... 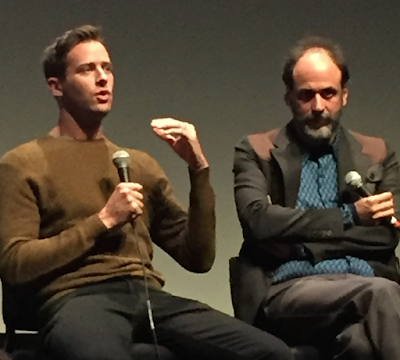 ... I got lucky and scored a ticket to last night's NYFF screening of CMBYN, bringing my total number of viewings of the film in the space of 36 hours TWO. Two glorious screenings, ah ah ah, said in my best Count voice. 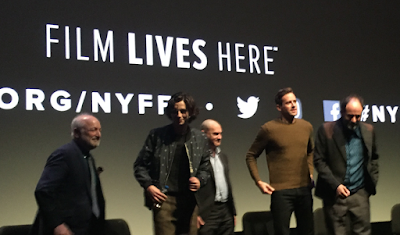 Even better was the fact that this second time was a proper screening, not a press screening, so a ton of the movie's people were there for a Q&A - from left to right that's the book's author Andre Aciman, actors Timothee Chalamet and Michael Stuhlbarg and Armie Hammer, and the director Luca Guadagnino. I posted a ton more pictures + videos already on my Instagram (different from the ones you see here!) and if you want more of the video look down below, I will share all of them unedited down below.
.

I know I posted a ton abt CMBYN since Day 1 but I really REALLY didn't expect it to floor me like it has. I expected to LIKE it. I ADORE it
— Jason X Adams (@JAMNPP) October 5, 2017

. All that aside I think y'all should probably brace yourselves for the next few months worth of drum-beating on my part about this film - it held up and then some and I can already tell you right now it's my favorite film of the year, even with so much still to be seen. A movie that hits you as profoundly as this movie hits me - and I suppose I ought to link to my original visceral reaction to the movie earlier this week, although I doubt any of you missed that - only comes around if we're lucky once a decade? I haven't felt this sort of obsessive love for a film at least since Brokeback.... 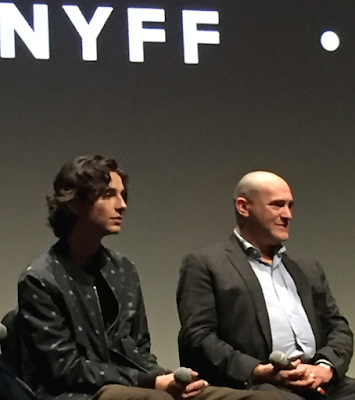 ... and as I said in my second piece on this film this week (I guess this here makes third!) CMBYN already feels closer to my heart, more personal to my experiences, than even that.
.

There are actually all these disorienting edits that make no sense spatially but EMOTIONALLY are astounding - guess I need to watch again!
— Jason X Adams (@JAMNPP) October 5, 2017

.
I could keep going on and on - after this second viewing I have an awful lot to say about Luca Guadagnino's choices with how he shot the movie; the lengthy long shots that become sudden close-ups (the amount of restraint he shows in holding off close-ups until we're aching for them and then wham, sensory overload) - but so many of you haven't seen the movie yet it doesn't feel fair! 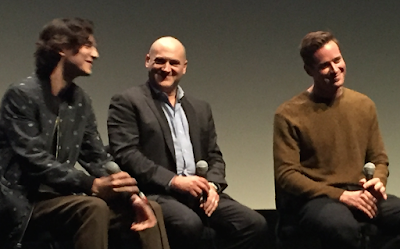 I am seeing it a third time ten days from now (I know, I know, you hate me) so I'll probably have more to say then, but I'll shut my yap for now. Hit the jump for those videos I promised...
.