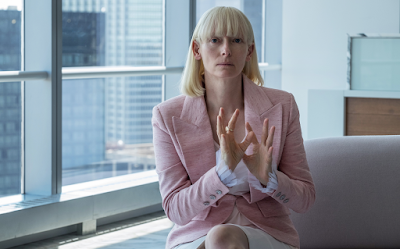 Nancy Mirando: Fuck off! We're extremely proud of our achievements. We're very hardworking business-people. We do deals, and these are the deals we do. This is the tenderloin for the sophisticated restaurants. The Mexicans love the feet. I know. Go figure! We all love the face and the anus, as American as apple pie! Hot dogs. It's all edible. All edible, except the squeal.

A happy 48th birthday to the director Bong Joon-ho, who's gone from being a director I found profoundly overrated (if I had seen Memories of Murder before I saw The Host, a film I don't like, I might not have felt that way) to one of my favorites in the span of a decade.
.

I feel shitty that I never reviewed Okja properly - that fell through the cracks somehow - but don't let the above ranking fool you; I love all of those movies except for The Host and ranking the top four was a little bit laborious. Okja deserves to become a Classic Kid's Film and I hope every single one of you who is a parent or every single one of you who knows someone who is a parent encourages that. F-bombs and animal slaughter along for the ride, too - the best kid's movies don't sugarcoat the real world. I mean I'd eat my own left foot before I ever became vegan but Okja articulates its case beautifully with oodles of big boisterous and bouncing heart. (Also Jake is terrific in it, so shut up, haters.) 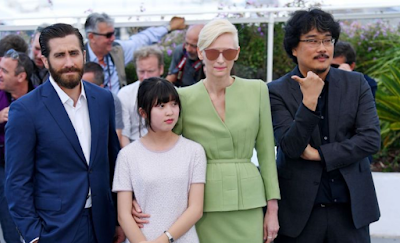 One question, though - will it ever get a blu-ray release? Will any Netflix titles ever get released that way? I really prefer having hard copies of things. You know, for when the apocalypse comes and I need something to decapitate the zombies with.