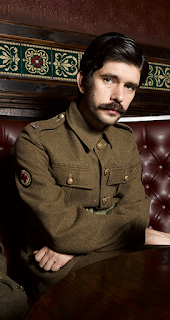 --- Queers Queued - I mentioned this here once before and then I mentioned watching it on Twitter but now you'll all get the chance, and it's worth the chance -- BBC America is going to air the series of eight short monologues titled Queers that the plain ol' BBC just got done airing in the UK. They will show them in October. Each one is around 20 minutes and features a single actor (including Ben Whishaw, Russell Tovey, and Dunkirk's Fionn Whitehead, among them) giving us a little piece of gay history in the form of some character's experience in a different time period. Like Ben Whishaw plays a WWII era soldier who tells us about falling in love with another soldier (and he is typically brilliant while doing so). (thx Mac)
.
--- Bozo the Gay Basher - I started to re-read Stephen King's It earlier this year but I'm no good with books that are too big to lug around on the subway and It is way too fucking big to lug around so I only made it part of the way through, much to my chagrin. I've got to give it another go before the movie comes out next month, and this piece my pal Tom Blunt wrote up on one specific scene in the book is giving me some renewed vigor - head over to Signature to hear his spin on the importance and strength of the gay-bashing scene in the book. Honestly I don't even remember the scene it's been so long since I read it and that scene obviously wasn't getting anywhere near the TV movie.
.

--- Just Say Milla - We were already on board with the Hellboy reboot the second that they announced Neil Marshall was doing to direct it - while he's been relegated to TV for a few years (just little things like Game of Thrones, ya know) his "D" trilogy of the Aughts - Dog Soldiers, The Descent, and Doomsday - are all super duper genre works. Then they stuffed chunky-bummed David Harbour in the lead and we signed on for that too. But now the underrated and delightful Milla Jovovich has joined the cast and we feel even smarter about our early enthusiasm than before.
.
--- Libraries Are Literally Heaven - This is probably the coolest thing that has happened to NYC cinephiles this year (and we get some pretty spectacular stuff here, let's be real) - the public library system has teamed up with a streaming service to offer free movie streaming to anybody with a library card. (thx Mac) I've admitted this before but for all my supposed big-time library fetish I don't have a library card - it's a dumb long story - but this got me over it real quick.
. 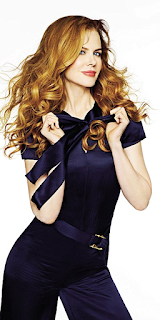 --- Nic the Destroyer - Super happy to hear that Karyn Kusama is getting together her next project after The Invitation blew me away, and super happy to hear she might get Nicole Kidman to star in the thing! If it does happen (it hasn't been officially announced yet) the movie is called Destroyer and it's a "crime thriller" that Kusama says is "another chapter in investigating how we come to face ourselves as lonely people on this planet." Mkay.
.
--- Ah Woo Hoo - It feels really very weird, getting old enough to have the silly cultural artifacts of your childhood become the stuff of very serious attention in somewhat serious magazines, but here we are and it's the year 2017 and Vanity Fair has written up an oral history of sorts of the theme song from DuckTales. What a world, what a world. It also feels weird to me because my DuckTales fandom happened in the most solitary period of my life when I had less than zero friends in Junior High School, and so it always surprises me that other people were watching too. If I'd had the internet back then i could've known I wasn't nerding out all alone.
. 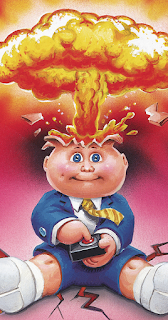 --- Everything After Adam Bomb - And as long as we're talking about my child nerd obsessions here's something even better - the documentary about the Garbage Pail Kids is finally coming out! I'm too lazy to look up the last time we posted about this but it was quite awhile back. BD says the movie will actually get a small theatrical run on August 18th (and I'm guessing that means it will play here in NYC somewhere since we are the place of small theatrical runs so I will keep my eyes peeled) and then it will hit VOD on September 30th.
.
--- And Finally I forgot to share this a couple of weeks ago when it dropped but today's "Siri Says" post where I listed my favorite movies of 2017 (so far) reminded me - the trailer for My Friend Dahmer was finally released, and you can see it below. The movie is out some time this fall. I reviewed it out of Tribeca, and I highly recommend it. (thx Mac)
.
.
Who? Jason Adams When? 5:32 PM