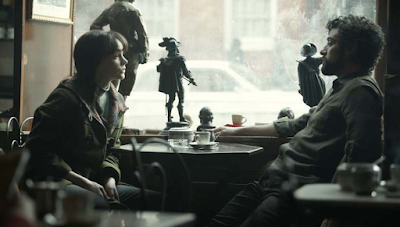 
I told you guys yesterday that I was thinking about giving the Coens' Inside Llewyn Davis a second chance, and a second chance I did. Give it that is. I re-watched the film last night and I am a big person and I can admit when I have been wrong, and it turns out that I have been wrong about Inside Llewyn Davis. It played much better on take number two then it did the first time around -- funny where it had just seemed dickish before; mournful where it had just seemed wearied and dank. It isn't my new favorite Coens film or anything, but I can dig it.

Movies are a magical thing, folks. When I wrote about Clouds of Sils Maria earlier this week I noticed a quote from the film that would seem to apply here, so let's do our first ever doubled Life Lesson post. Everything You Ever Need To Know About Life... 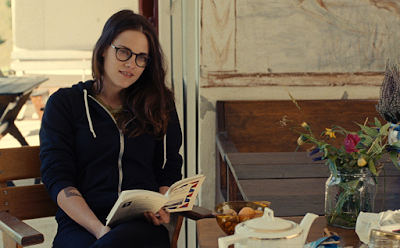 Valentine: The text is like an object.
It's going to change perspective depending
on where you're standing.
.
Who? Jason Adams When? 10:44 AM
Labels: Carey Mulligan, Coens, Juliette Binoche, Life Lessons, oscar isaac, reviews

hooray! your associate membership of the oscar isaac fan club has been approved