.
Thanks to our Aussie mate Glenn for the heads-up on this, the first teaser for the Aussie Wolf Creek spin-off series, which will air some time this year on what I believe is their version of Netflix, called Stan. (I love that name, it's so informal. "Oh me and Stan will be hanging out this weekend. You don't know Stan? Stan's great." Et cetera.) Anyway the series is six episodes and Wolf Creek director (slash silver fox) Greg McLean is behind all of them and they will star Wolf Creek star John Jarratt too, even if you don't see him in that teaser at all. After the wacky turn (entertainingly so) that the second film took I'm curious to see what sort of tone these six hours will go for - it could go either way judging by this footage. 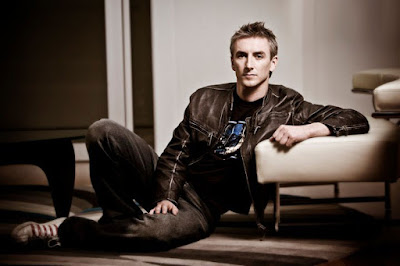 As for Greg McLean he's also got that horror movie written by Guardians of the Galaxy director James Gunn called The Belko Experiment supposedly happening (read about it here), and while looking him up just now I found news of yet another project called Contest, which is based on a best-selling book by Matthew Reilly and which is about, and I quote:

"Contest is a thriller set in the New York Library, where seven contestants must navigate the labyrinth to outwit and outlast unimaginable dangers."

I am totally down with this - I love movies about people trapped in enclosed spaces full of booby-traps that they must navigate to get out of; that's probably a weird and particular thing to love, but ever since I read The Princess Bride as a little kid and had "The Zoo of Death" imprinted on my brain it's been a fetish. (The one thing that I dislike about the movie version is they cut out "The Zoo of Death.") As for Contest, you add on the LIBRARY FULL OF BOOKSHELVES factor and this is basically my catnip. Gimme gimme gimme! Has anyone read the book? I think I am going to go buy a copy of the book right this second.
.
Who? Jason Adams When? 11:20 AM