Everybody's Already Made All... 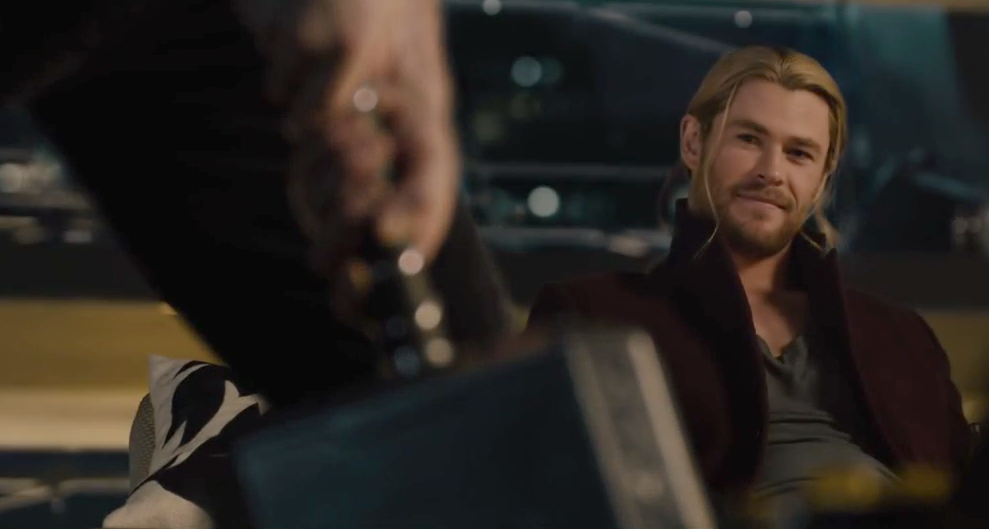 I love the shot of Chris staring on amusedly though.
"Oh yeah, Steve. Pull haaaaarrrrrder...."

I'll include this shot of Downey & Cheadle tag-teaming Chris Hemsworth's hammer just because it allows me to write that sentence, even though I don't much like either of them. Also... 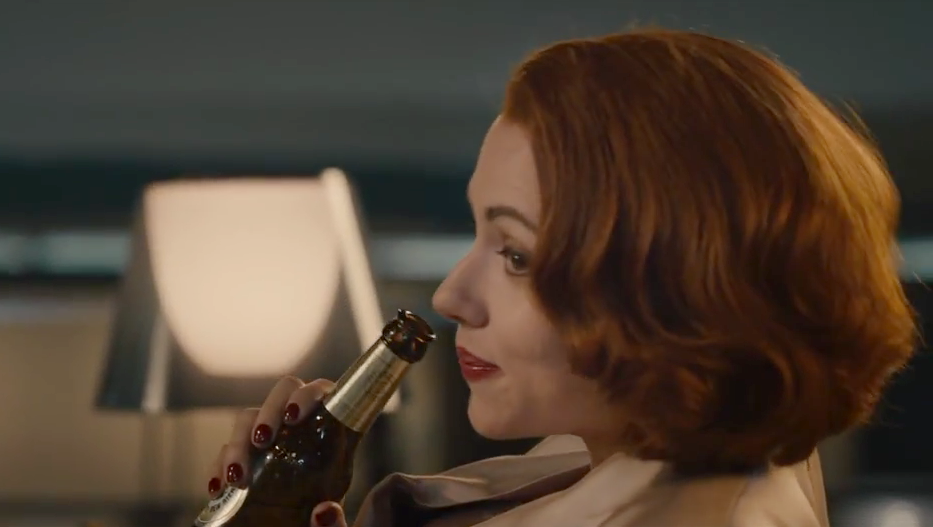 This was such a wise pick for a scene to set up the new trailer - give or take my personal reaction to those middle guys, The Avengers was a big hit because among the spectacle we really do just like hanging out with these folks, and it's been said a million times but Joss Whedon knows how to charm with a team dynamic. And also...

... he knows when to insert some beefcake.
Here's the latest trailer:
.

A new leaked clip from Age of Ultron has made its online featuring Chris Evans in ridiculously tight t-shit and pants arguing with Robert Downey Jr and then breaking a log with his bare hands. It's definitely very GIF-able. ;)