You should probably read Nathaniel's take on the material at The Film Experience since he's familiar with the play, but it's not like I could let the news pass without noting that Kate Winslet and Jodie Foster and Matt Dillon and Christoph Waltz have all just signed to play the four characters in a film adaptation of the play Gods of Carnage... to be directed by Roman Polanski. Yes yes a thousand times yes. Mostly the Kate & Roman thing here is what's getting me excited. He will make her look so good, y'all. But I do like Jodie, and you should read what Nat says about her assumed part. And the guys are fine. Just... cool, right? Right. Say hi, Roman!
. 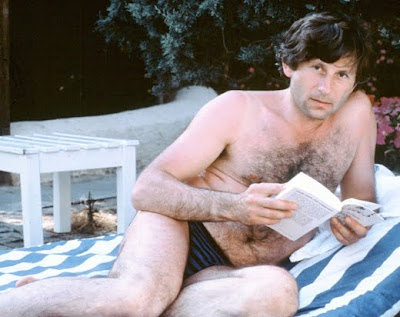 Ugh. Thanks for that lovely picture.