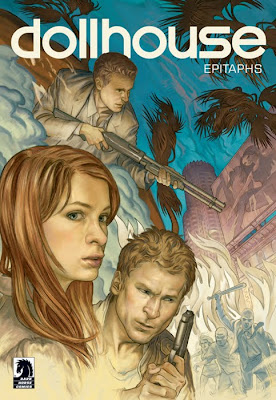 --- Joss Lied - He said he'd never do a comic for Dollhouse, that when the show was done it was done, but now apparently there's a lil' comic called "Epitaphs" crammed into the Season 2 DVDs (that're out October 12th) starring his new girlfriend Felica Day, dealing with what happened after the finale. There will be copies available at ComiCon though. Damn you, ComiCon, being so damn far away.

--- A Pretty Pict, Sure - Hey, Neil Marshall's Centurion, starring the studly Michael Fassbender, is available on demand starting tomorrow! It's not out in theaters until August 27th. I still don't really understand this model of releasing things, but I guess I'll just roll with the future like a dutiful geek. Anyway AICN has a chat with Marshall up today about the film. Here's my review. It's a good, manly man time. Rah! 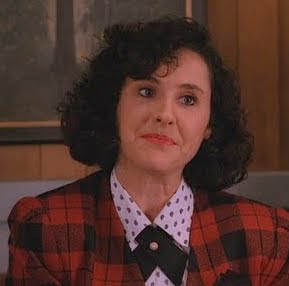 --- The Kids Are Not Alright - I'd never even heard of kiddie-rape torture-porn flick A Serbian Film until Rich at FourFour just reviewed it, and I must admit it sounds hideous and unwatchable. Yet all is not for naught because it gave Rich the need to write this, which is I think something to live by:

"I think the first rule of metaphors must be: DON'T LET YOUR METAPHOR RAPE A BABY." 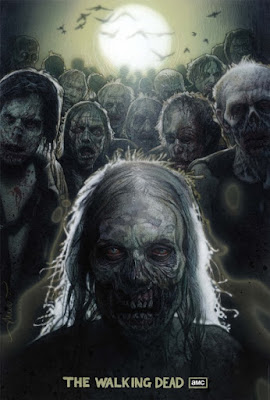 --- Get Yer Rot On - Lovin' that poster by poster-making-legend Drew Struzan for Frank Darabont's Walking Dead series shooting for AMC right now. (via) When does this damn show start anyway? I keep seeing images from it. Want it now, please.

--- Brad's Delicious Brains - Speaking of zombies, Brad Pitt's production company has had the rights to Max Brook's World War Z for awhile - now comes word that Brad wants to star in it, which isn't too shocking. That link has info on exactly how they're turning the book - which is an "oral history" of a zombie apocalypse, meaning a series of interviews with survivors - into a narrative. 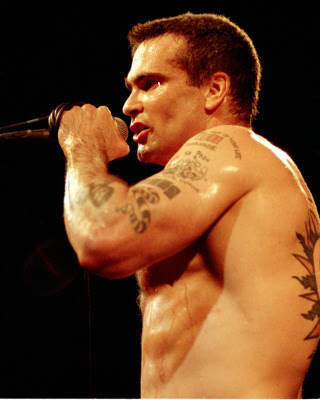 I just want to know who's gonna play my friend Sean, who has a character named after him in the book. Just name Brad Pitt's character T. Sean Collins, screenwriter! Do it! I want to know someone Brad Pitt played in a movie, sort of, dammit. And it wasn't until I just looked up that character's name that I discovered that Henry fuckin' Rollins did the voice for the character in the audio-book. Holy shit! That's awesome. How did I not know this already? I probably just wasn't paying attention. That's usually the case.

--- Ryan In A Box - Here's a second trailer for Buried, the movie that in my dreams spends ninety minutes shooting nothing but Ryan Reynolds crotch. I haven't watched either trailer yet but I'm guessing my dream's already been proven faulty by the footage shown in them alone, right? What a shame, what a shame... 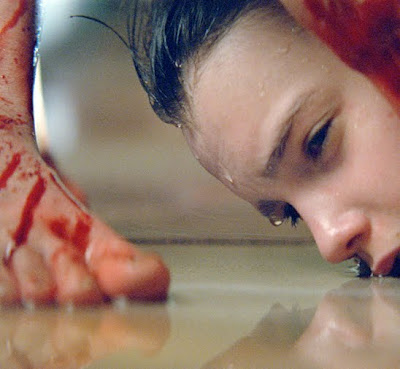 --- Bully Boy - BD has got an attractively disturbing shot from Let Me In up. Bloody, brutal, check and check... whatever is this movie gonna be... besides the death of me... sigh...

--- Orlando's Dawn - Sally Potter's 1993 film Orlando, which pretty much introduced Tilda Swinton to the film world beyond Jarman acolytes - is getting a re-release this week and Slate's got a pleasant little piece looking back on it, asking this interesting question:

"In many ways, it helped to bring art back to the art house, so that today's quality-film landscape doesn't just include gritty, low-budget dramas of social import but movies that mix high art and high camp in challenging and pleasurable ways. You can see the impeccably-designed vignettes of Orlando in Wes Anderson's filmed dioramas, or in Sofia Coppola's new-wave Marie Antoinette. Without Orlando, would Todd Haynes have been able to make his arch, stylized masterpieces Far From Heaven and Velvet Goldmine?"


It's not really a through-line I'd considered before but I'd say it's certainly got some merit. They point out that Orlando was far more successful than I'd realized - it made 5 million dollars! Can you imagine a movie like Orlando making that kind of money today?
.
Who? Jason Adams When? 12:05 PM