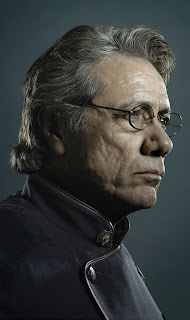 Battlestar Galatica's final season is the gift that never quits, eh? Let's see, we've got the season itself split into two large chunks, one half already having aired (and kicked our collective asses), the second half to air starting in January. We've got the spin-off movie Caprica, which will probably be turned into a series (even I can't keep these things straight anymore - has the series itself been green-lit yet?). And we have the BSG movies, a la Razor, that tell stories that run alongside the main action. And now we have official word on one of these latter thingamajigs (via):

Months before its final 10 episodes begin airing in January, we now know for certain that "Battlestar Galactica" will live on -- in the form of a two-hour special on the Sci Fi Channel to air in 2009 after the series concludes.

The unnamed feature will be directed by the show's co-star, Edward James Olmos, and written by "Battlestar" writer and former "Buffy the Vampire Slayer" brain Jane Espenson.

The stand-alone will document the Cylons' attempts -- those of two agents in particular -- to grapple with human survivors, both those aboard ships and those left alive on planets, shortly after the Cylons' destruction of human home worlds.

So it's a flashback, but not all the way back.

Rock on with your bad self, Jane Espensen! Man I adore her. Also, mmmm Michael Trucco... 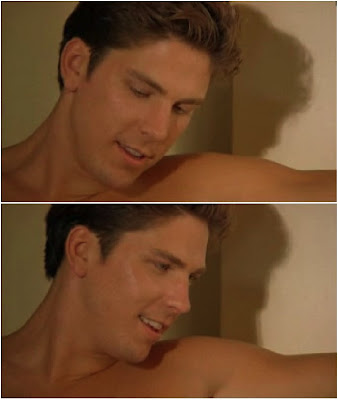