I've got a half-day of work today, and am leaving that early for a doctor's appt., so after 11:30 (i.e. in forty-five minutes!) I am outta here. No work tomorrow... I can't say for sure whether I'll get myself on-line again between now and Monday, really. We'll see. Sometimes the floor is so inviting... 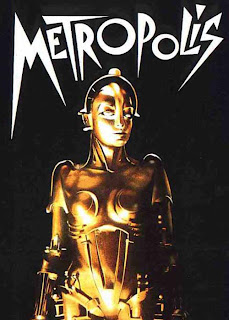 --- This is the coolest shit you, me, everybody will hear this week - an hour of missing footage from Fritz Lang's Metropolis has been discovered stored away in Buenos Aires. My friends... this literally gives me goosebumps. (via)

--- Wacky Werner Herzog is casting his remake of Bad Lieutenant and... wackiness ensues. Besides the already cast Nicholas "Blurgh" Cage, he's added Val Kilmer and Xhibit, says AICN. Did I ever link to the long ass interview AICN did with Werner a little while ago? I can't remember (and I can't find the link now... weird). Anyway, I would have Werner's babies, so he can do whatever the eff he wants and I'll show up. But... weird, man. 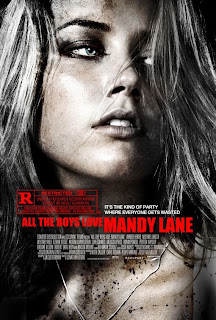 --- Nobody Loves Miss Mandy Lane - In an interview about his new film, The Wackness - yeah, the one where an Olsen twin makes out with Ben Kingsley... shudder - director Jonathan Levine says the following about his previous film, All the Boys Love Mandy Lane, and its fucked up non-release pattern:

""Oh, my God, Dude! It's like... I'm out of the loop, man. I stopped because I stopped caring. Well, I didn't stop caring, but I had to divorce myself from it emotionally because there's so many different release dates, it's just been such a roller coaster... I'm hoping by the end of the year, it'll be out. They just released a new poster that I love that just came on the internet today. That's what it's kind of like making independent movies."

I mean, when even the director of the movie has stopped caring, you know they've fucked it up pretty royally.

Speaking of Mandy Lane - and Greg McLean's Rogue! - here are two films that I wanted to see desperately for an endless spate of months turned into years, and then I did see the both of them, in one night, a couple of weeks back, and... silence. Deafening silence. I'm such a scamp! I swear I'll do a double-review next week. Nag me about it.

--- List-Make, List-Maker, Make Me A List - Electronic Cerebrectomy is trying to give me an ulcer - Aaron's taken on Entertainment Weekly's recent list-crazed issue, and as he's written his opinions on their TV choices and on their music choices, he's managed to substantially diss so many things I hold precious and dear to my heart (Radiohead? Really, ya gonna go there, man?). It pains me... yet entertains me. It's some kind of horrible paradox I'm trapped in. So thanks for that, Aaron.

It's just that some people love Radiohead and I really don't and there are those people who just get so offended at the idea of someone not liking Radiohead that they take it badly, is all. No harm intended.

I really love the description of "substantially dissing." I swear, I don't mean to! I just suddenly get carried away! But I'm glad I entertain even as I'm infuriating; a much nicer sentiment than someone on my blog today who told me I had "no musical taste whatsoever," which is the kind of thing that makes me giggle. Probably an angry Radiohead fan. Imagine if I'd said something about how overrated Ben Folds is... (Sorry.)

Thanks for the link, man. That made me happy. ;D