Getting Nailed By Michael Fassbender, Etc 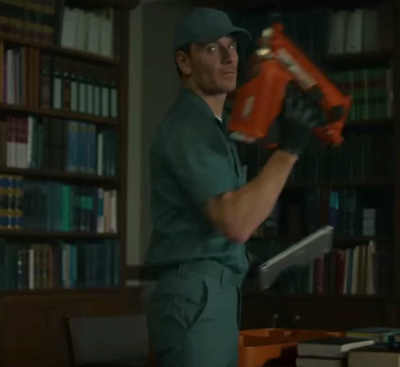 Netflix dropped a trailer this morning teasing all of their 2023 slate and the only one we True Cineastes (TM) took notice of was David Fincher's The Killer starring Michael Fassbender -- even though we all just lived through Mank, even! (I kid, I kid, I thought Mank was fine.) But The Killer is more in tune with we tend to love about Fincher -- namely killin' and style and anti-hero shit. I was sold with the return of Michael Fassbender obviously, after an excruciatingly long absence off our screens, but the shot of him in the five seconds of Killer footage weilding a nail-gun in front of bookshelves seems as especially tailored to my interests as that worker's uniform is to Fassy's sleek form.


Anyway there are actually other projects of note that Netflix has coming this year -- I think The Pain Hustlers starring Emily Blunt and Chris Evans and Catherine O'Hara looks good, and while the glimpses we get of A Family Affair in the trailer are really broad and wacky-seeming (that's the one starring Nicole Kidman and Zac Efron), the movie was directed by Richard LaGravenese, who blessed the world with Living Out Loud back in the day. So, you know, let's pay attention. 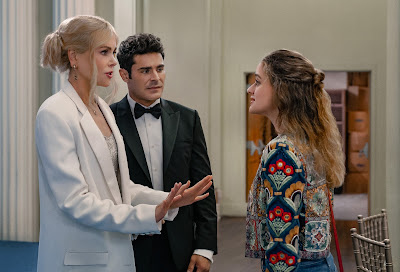 (See my previous post about this movie here.) Then there is Maestro, Bradley Cooper's biopic of Leonard Bernstein (see all of my previous posts on that one here), which I'm not sold on (given I fucking hated Cooper's Star is Born and all) but which will if nothing else involve Bradley and Matt Bomer kissing and possibly more. A bright side! And speaking of gay... 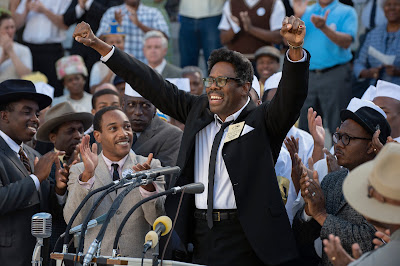 ... there's also Rustin, the long awaited bio-pic of gay black civil rights hero Bayard Rustin starring Colman Domingo. A story extraordinarily overdue in the telling, starring one of our current best and overdue-for-his-moment actors (openly gay to boot) -- this one should be a big deal, hopefully. We love you, Colman! Bring this baby home! (In related news there's also Shirley, a bio-pic of Shirley Chisolm starring Regina King! Score! The final title from Netflix's press release (not glimsped in the trailer) that caught my eye -- "UNTITLED WES ANDERSON / ROALD DAHL FILM" with no date except 2023. Those things fall under my interests though. Anyway here's that trailer, tell me in the comments what you're looking forward to:

The Esmail film with Julia Roberts and Mahershala Ali looks and sounds promising. But yes big yes to The Killer.

I was going to mention that one too, Simon! Good call.