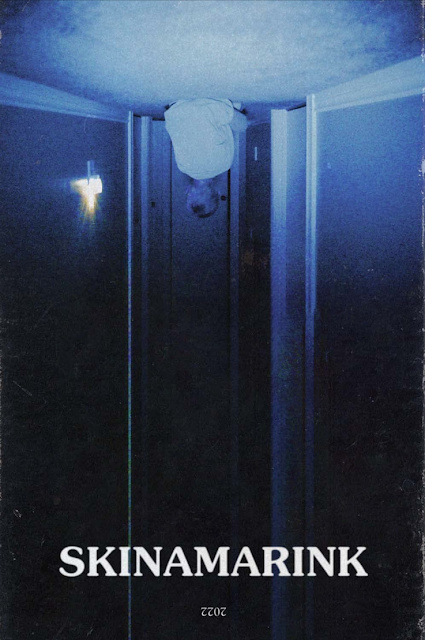 Back in July at the Fantasia Film Festival I saw one of the scariest movies I've seen in ages with Kyle Edward ball's Skinamarink, a lo-fi affair that obliquely tells the story of two children waking up in the middle of the night seemingly alone in their house... then not. I reviewed the movie at Pajiba right here, saying, "Skinamarink, if you’ll allow it, will lull you into some kind of suspended animation trance-state, and Skinamarink will let loose absolute terror." It's been several months since I saw the movie and images and sounds from it still crawl into my brain every few days, unnerving me, and the movie's been making the festival rounds while it prepares for some kind of release next year. But until then, something I didn't know (thx via) and something to tide us all over -- Skinamarink was based on a short film that Ball made that's called "Heck" and he's got the short streaming for free on his YouTube channel right this very minute! I'm going to wait until tonight to watch this, once it's dark and I can turn all the lights off and properly immerse myself in its atmosphere, and I recommend y'all do the same. But do watch it and prep yourself for frights beyond imagination!
Who? Jason Adams When? 2:15 PM
Labels: Fantasia Fest, horror

I was so disturbed by that trailer when you posted it a few months ago that I tracked down his youtube and watched ‘Heck’ on halloween. Jfc that shit is creepy. Another one on his channel, ‘ Alone’, has a similar theme.

I just read about Skinamarink and how it's frightening audiences at festivals.And what I've read about it so far while trying to avoid specifics it's enough to make me look forward to it, But it has be more developed than this. This starts out quite creepy and then just dissolves into an incomprehensible eye straining mess. Not at all frightening. Just annoying ultimately.