Justine: I wanted a female roommate.
Adrien: You got a fag; same thing to them.

A happy birthday to the director Julia Ducournau, turning 39 today -- it only seems apt to celebrate the director of the art-house queer cannibal coming-of-age flick Raw here on the day when Luca Guadagnino's art-house queer cannibal coming-of-age film Bones and All is hitting some theaters. (Sidenote: click here for some lovely photos of Raw hottie Rabah Nait Oufella, who plays the "fag" quoted above.) I'd love to know how influenced Bones was by Raw -- there's got to be some overlap. Somebody needs to ask Luca or screenwriter Dave Kajganich about that, please! 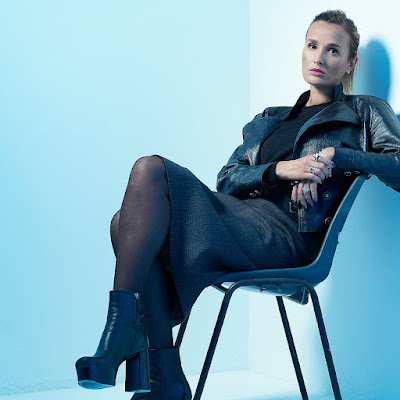 Anyway we're dying here waiting for Ducournau's next project after Titane blew our brains out last year -- IMDb tells me she's directing some TV right now, namely The New Look, aka the "Christian Dior versus Coco Chanel" limited series for Apple that stars Ben Mendelsohn as the former and Juliette Binoche as the latter. Also co-starring Emily Mortimer, John Malkovich, and Claes Bang. And if that's not blowing your brains out already they weren't there to begin with.