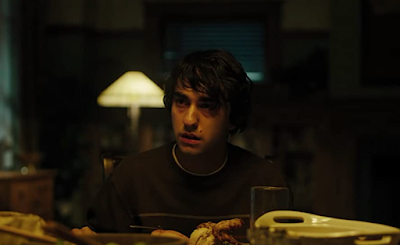 Peter: You okay, Mom?
Annie: What?
Peter: Is there something on your mind?
Annie: Is there something on *your* mind?
Peter: Just seems like there... might be something you... wanna say.
Steve: Peter.
Annie: Like what? I mean, why would I wanna say something so I can watch you sneer at me?
Peter: Sneer at you? I don't ever sneer at you.
Annie: Oh, sweetie, you don't have to. You get your point across.
Peter: Okay, so, fine, then say what you wanna say, then.
Steve: Peter.
Annie: I don't wanna say anything. I've tried saying...
Peter: Okay, so try again. Release yourself.
Annie: Oh, release you, you mean?
Peter: Yeah, fine, release me, just say it! Just fucking say it!
Annie: DON'T you swear at me, you little shit! Don't you EVER raise your voice at me! I am your mother! You understand? All I do is worry and slave and defend you, and all I get back is that fucking face on your face! So full of disdain and resentment and always so annoyed! Well, now your sister is dead! And I know you miss her and I know it was an accident and I know you're in pain and I wish could take that away for you. I WISH I could shield you from the knowledge that you did what you did, but you're sister is dead! She's gone forever! And what a waste... if it could've maybe brought us together, or something, if you could've just said "I'm sorry" or faced up to what happened, maybe then we could do something with this, but you can't take responsibility for anything! So, now I can't accept. And I can't forgive. Because... because NOBODY admits anything they've done! 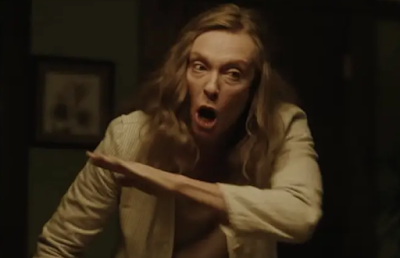 I might have to start quoting this scene from Hereditary every November 1st now that I have noticed that today is the birthday of both Toni Collette and Alex Wolff. Not that Toni's speech doesn't run through my head at least once a week anyway. "THAT FUCKING FACE ON YOUR FACE." That line is such perfect writing. It's exactly the sort of half-thought out thing you'd say when you're angry that actually represents the truest essence of the thing -- you'd try to say something more clever if you were thinking straight but the words are just flying out and you stumble on a perfect thing like that. Goddamn I can't wait for Ari Aster's next movie! 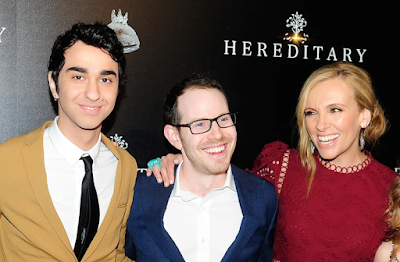 But back to the birthday people -- what's next for these two? Toni, who always has a billion projects lined up, has a billion projects lined up -- the most exciting one is probably Mickey7, Bong Joon-ho's next movie which also stars Robert Pattinson and Mark Ruffalo; see my previous post here. As for Alex he works less, which sucks! Why aren't people snatching him up after Hereditary, in which he more than held his own against a world-class Colette? That said he's got a role in Chris Nolan's Oppenheimer, so it's not like he's hurting! And he's got two small-sounding projects lined up, as well -- a movie called The Line (the photo below is from the set of that) and a movie called Untold; I don't recognize any of the other people involved on either project. Fingers crossed for fresh talent! 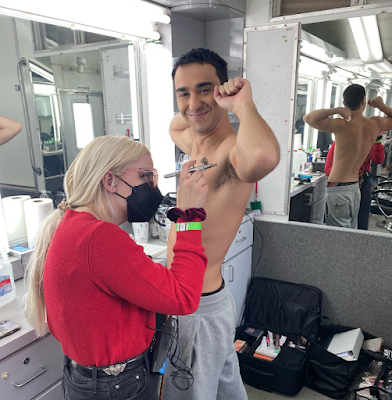 Hereditary, I don't think Aster will ever top it. One of the best theater experiences of my life, and I went on my own.