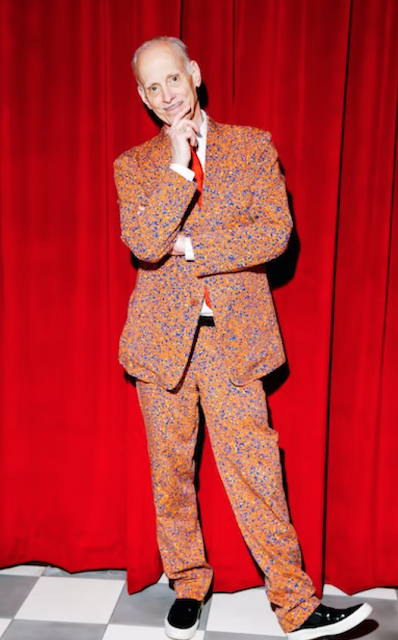 Today is a day for great celebration! Throw open your windows and scream, "Cocksucker!" into the breeze! John Waters has announced he is directing another movie y'all, and every single inch of my body is orgasming as I type that sentence. Deadline reports that he's turning his book Liarmouth, which came out earlier this year, into a film with Village Roadshow. Says John:

“Liarmouth is the craziest thing I’ve written in a while, so maybe it’s fitting that my novel was shocking enough to jumpstart the engine of my film career,” Waters said. “Thrilled to be back in the movie business, hopefully to spread demented joy to adventuresome moviegoers around the world.”

Have you read the book by now? I feel as if we should start making casting recommendations -- who the hell do you get to play its deranged lead "Marsha Sprinkles"??? -- but I'm honestly too dizzy from this news. This will be John's first movie since A Dirty Shame in 2004. Finally! Finally!!!!!!!!!! Let's all go nuts and celebrate!

Loved the book! I listened to his audiobook narration to experience the full John Waters effect. The Orson Wells of Obscenity is BACK!