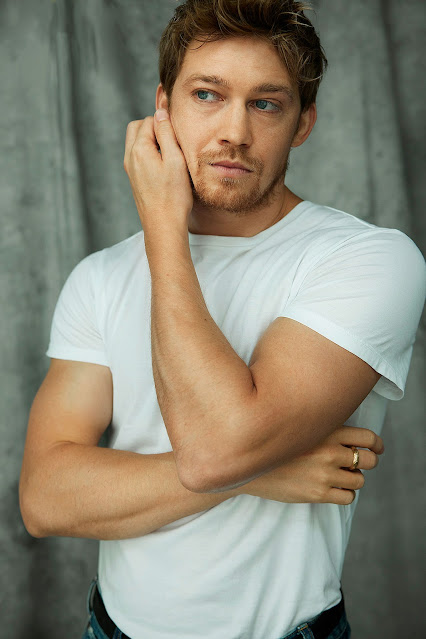 We have an update on Yorgos Lanthimos' next movie called And -- yes, just And -- and it's a nice one! No not nice news here! Nothing but the nicest! I told you about a month ago about this movie, how it was fonna star Emma Stone and Willem Dafoe and Margaret Qualley. Well today they have added pretty boy Joe Alwyn to the cast. Alwyn has already worked with Yorgos, and Emma Stone for that matter, as he was in The Favourite...

... playing the pretty-boy cuck that Emma Stone's character used to beat-off her way back into a royal title. He was good in that movie. And he was also good in Claire Denis' new movie Stars at Noon, which coincidentally co-starred Margaret Qualley. This is all getting so incestuous! Anyway I saw Stars at Noon at NYFF and didn't ever write about it but I liked it, it's worth seeking out. Which won't be too difficult starting tomorrow when it hits Hulu. Here is the trailer if you haven't seen it yet:


Also worth a look is this photo of Joe on the set: 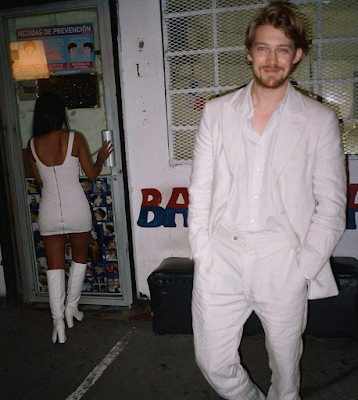 I kind of loved "Stars at Noon." It had the old-school indie tone, the nudity, and good performances. And also the "what the hell did I just watch" thing going for it. Qualley is a star in the making (she is one "Pretty Woman" from a breakout role) and Alwyn remains a ridiculously handsome actor making smart choices.