Put Away Those Bitter Tears 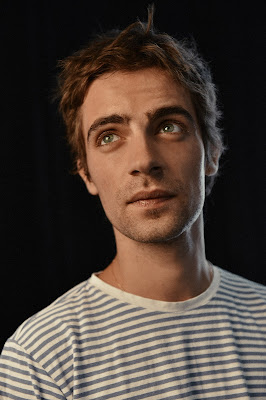 My review of François Ozon's playful re-do of Rainer Werner Fassbinder's The Bitter Tears of Petra Von Kant, titled Peter Von Kant, went up at Pajiba over the weekend -- click here if you missed it. If you only know him from this movie you might not recognize actor Stefan Crepon as he is photographed above because in PVT he's got a gigantic mustache and is very mannered in his hilarious spin...

... on the assistant role (which was played by Irm Hermann in the original film). He also walks away with the entire damn picture, if you ask me. And I don't say that lightly -- Denis Ménochet is terrific in the lead role and Khalil Ben Gharbia (photographed alongside Stefan below) is incredibly sexy in the role of Ménochet's wanton and cruel love interest. But I am Team Karl forever. 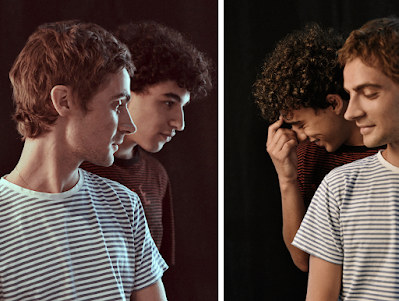