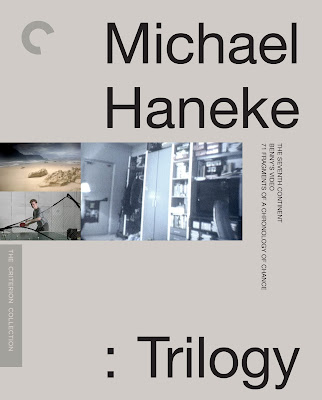 I've had my head so far up my bum this week I didn't even realize it was time already for Criterion Announcement Day, which falls in the middle-ish of the month every month -- but here it is (the films coming out in December of this year) and hoo boy doozy! The prize from where I stand is what you see above -- a Michael Haneke trilogy of films boxed-set! The film included are 1989's The Seventh Continent, 1992's Benny’s Video, and and from 1994 there is 71 Fragments of a Chronology of Chance, and yes I have seen all of these (indeed I already own them in a previous Haneke boxed-set) and yes they are all difficult and wonderful. Three of my faves of the filmmaker's, to be honest -- you'd be shocked how often The Seventh Continent can come up in real life. Especially since the pandemic started -- the film is about a family of three locking themselves inside their house and systematically destroying everything and... yeah, timely. Click over to Criterion to check out all of the extras; this set hits on December 6th, just in time to be the world's most incredible slash depressing stocking stuffer! 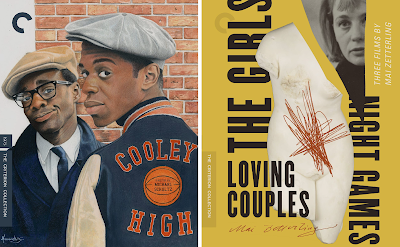 The middle sets are the ones I'm least familiar with, although I have at least heard of the 1975 comedy Cooley High about black teenagers' high school days -- I hadn't heard of Swedish filmmaker Mai Zetterling, who's also getting a three-film boxed set with her 1960s films Loving Couples, Night Games, and The Girls. Have you? Anyway finishing off the month of December is a 4K disc of Todd Haynes' really terrific documentary The Velvet Underground, which is about yes you guessed it the legendary musical act The Velvet Underground. That doc is very much worth checking out and this will no doubt be a gorgeous presentation. 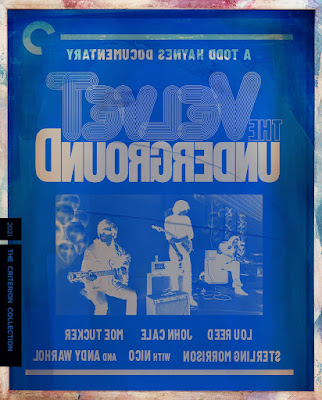 You HAVE heard of and even seen Mai Zetterling -- she's in your beloved "The Witches"!

OH MY GOD! RIGHT YOU ARE. I HAD NO IDEA