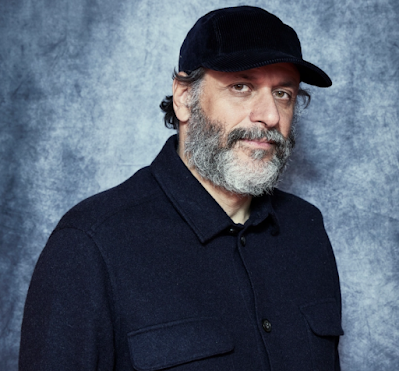 "With Bones and All, I wasn’t interested at all in the shock value, which I hate. I was interested in these people. I understood their moral struggle very deeply. I understood what was happening to them. I am not there to judge anybody. You can make a movie about cannibals if you’re there in the struggle with them, and you’re not codifying cannibalism as a topic or a tool for horror. The Texas Chainsaw Massacre is not a horror movie. It’s a devastating portrait of America from a very unreconciled master filmmaker. Even the second one, which I love as well, isn’t a horror movie; it’s a satire of Ronald Regan. The Exorcist is a family drama, not a horror movie. It’s about motherhood, and what is alien about that?
The horror movie as a genre is less interesting because it does play with the various limited set of rules, and the repetition of those rules can be funny and amusing if you want a mindless day with the popcorn at the movie theater watching Final Destination. Or, it can be an empowering experience, or that of a great intellectual who is reflecting on those codes, like Kubrick with The Shining. But mostly it’s just repetition. It’s like comfort food. Except comfort food is the food that makes you sick after you eat it because while it tastes fine at the beginning, it’s also heavy and processed.
I’m saying all this as a great horror movie fan, and, because of Suspiria and partially because of this movie, a director in the camp. I think I’ll keep doing horror movies in my life, even if Bones and All isn’t a horror movie per se."

That is Luca Guadagnino talking about Horror Movies and his forthcoming cannibal romance Bones and All with Deadline, read it all here. It's a good-sized long chat and there is maybe a little bit more plot and theme-wise with regards to the new film than I'd have liked to have known, so be aware going in if you're concerned about that. Still I could listen to Luca talk about anything for ages even when I disagree with him, and I'm not sure I entirely agree with him in the above quote -- I get what he's getting at, saying The Exorcist is really a family drama and The Texas Chain Saw Massacre is a brutal satire of America but they are also very much Horror Films! I loathe the implication that labeling something "Horror Film" is somehow limiting. Which I don't entirely think is his intent -- he seems to have a definition of Horror Movie that's very precise in what "Horror" means. (Specifically that his intention with "cannibalism" here in this film isn't to horrify, but to metaphor.) But I'm all for opening it up, not closing it down. Anyway it's a good chat, check it. And here is the Bones and All teaser if you missed it.