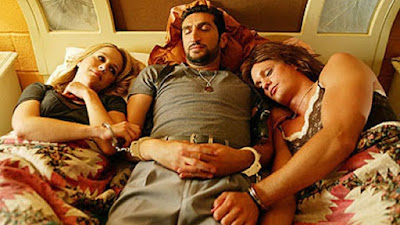 Geert: What do you want in a man?
Katherine: Hmm I just want some
tough guy to sweep me off my feet.
Geert: Dangerous men will hurt you.
Katherine: Small price to pay for some true feelings.

I was really confused for a minute when I saw that IMDb was telling me that Alexander Skarsgård -- who's celebrating his 46th birthday today -- was in the movie Kill Your Darlings, but it turns out this isn't the 2013 movie about the Beat Poets Murder starring Daniel Radcliffe's cute butt but actually a 2006 Swedish flick. One which had Alex apparently playing transgender? Until this moment I have never heard of this movie. Anyone seen it? I see it co-stars Alex's longtime best-bud Fares Fares though... 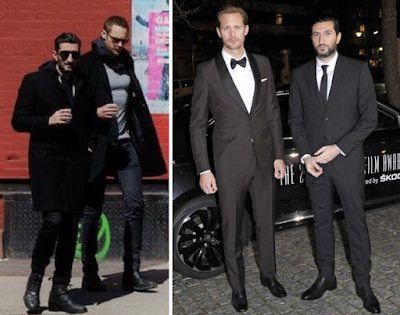 ... and I have always liked seeing the two of them together.
They'd make a hot couple, just saying! (Always saying.) 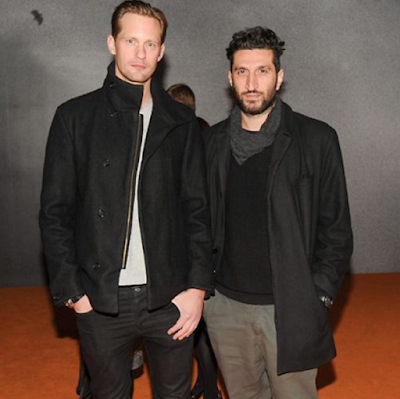 It's not the best movie but it's sweet. It was directed by his best friend Bjorne Larson.