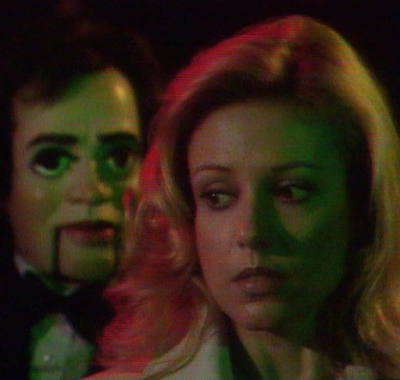 File this under "shit I am excited abou, anyway" (and that's a really big file) -- Severin Films is dropping a two-disc set of Spanish director Narciso Ibáñez Serrador's 1966-1968 TV anthology horror series Things To Keep You Awake onto blu-ray in late October. Otherwise known as Halloween Season, which... y'all have no idea how happy I am to be able to post about autumnal things now. Good fucking riddance, summer -- you can burn in hell!

Seems like there were around 30 episodes, a 1974 special, and a 1982 miniseries, and they were all directed by Serrador, the man who also gifted the world with the horror flicks Who Can Kill a Child? and The House That Screamed. Those movies are why I'm excited, as they're both pretty special -- otherwise I haven't seen any of the series. But I look forward to steeping my entire horror holiday season in it now! You can buy the set at the Severin link up top or pre-order it from Amazon right here and I'll share the trailer here:
Have any of you seen any of these episodes?
Feels like an unexpected treasure trove in sight!
Who? Jason Adams When? 5:02 PM
Labels: horror, trailers