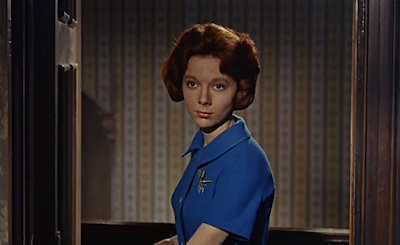 Born 85 years ago today was the great Anna Massey, who ought to sit on her own Horror Icon Throne thanks to leading lady roles in both Michael Powell's masterpiece Peeping Tom and Alfred Hitchcock's Frenzy twelve years later. I have struggled my whole damn life with that latter film -- with how mean-spirited and ugly it is. And the target of much of Hitch's ugliness therein is Massey's character of "Babs," who Hitch showcases from start to terrible-finish as shrill and pushy... 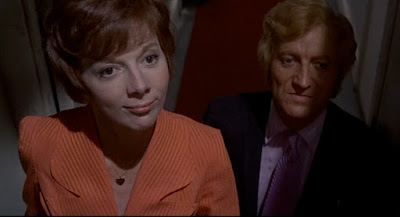 ... right up until he's snapping her corpse's fingers and throwing it off the back of a potato truck. For too long I projected that distaste onto Massey herself as an actor, but I've come to love her as I've matured into a (slightly) more thoughtful person. She was very good at her job! Anyway besides those two bonafide and complicated classics she's got a really fun role in the 1973 anthology horror flick The Vault of Horror... 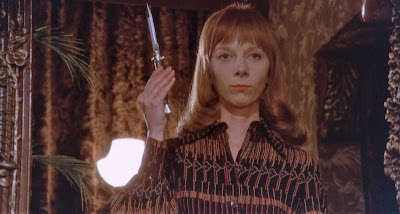 ... and in 2004 she was apparently in Brad Anderson's The Machinist, otherwise known as the movie where Christian Bale starved himself to near-death -- now that is a movie that is in dire need of revisiting by yours truly. (It is streaming on Prime right now.) I remember liking it at the time but I haven't seen it since and part of me feels like there might be reason for it to have aged well. I think most people were so rightly horrified by Bale's transformation that they couldn't look at it for too long -- hell I just googled some pictures and had to turn my face away. Anybody seen that one lately? 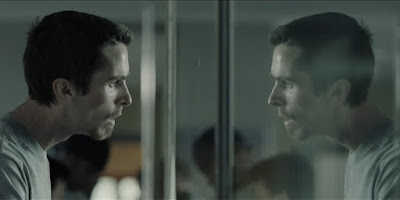 She was a game girl that's for sure to appear in those two deeply disturbing pictures. I share your conflicted feelings on Frenzy. I admire that Hitch was moving with the times and experimented with something so unsettling but much like Peeping Tom it looks at incredibly distasteful events and people. I've only watched it all the way through that first time and unlike most of his other films (excluding Topaz which I stay away from because its a thundering bore) I have no desire to look at it again. Same holds for Peeping Tom even though with that film I grant that it is exceptional and well-made.

I've always had much fonder feelings for Anna Massey since my first exposure to her was as the slightly addled, naive but sweet Miss Ronberry in the 1979 Kate Hepburn TV version of "The Corn is Green".

PEEPING TOM is obviously a downer too, but I can watch that one over and over and over again -- FRENZY I've only seen three times, at most? I keep trying with it and I understand it better now that i am older -- it shocked and horrified me the first time I saw it when I was in college. It still depresses me too much to fully get on board with.

Love her in VAULT OF HORROR; she also plays a wily old woman in HAUNTED, a silly and hard to find ghost story with Aidan Quinn and Kate Beckinsdale. Anna Massey plays "Nanny Tess" and I think she gets tornadoed to death by a special ghosty effect at the end. :P