Pics of the (Yester) Day 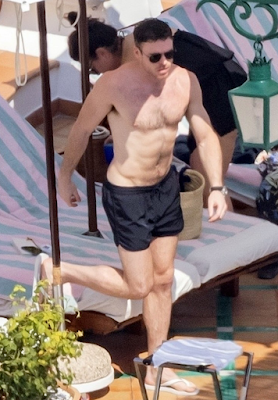 I've got so much other stuff I need to be doing this week that I wasn't sure if I was going to have time to post these photos of Richard Madden lounging around poolside in Italy looking peak-hot (via) even though, hello, look at him. (The furriness, Richard!) Part of the problem was they showed up about an hour after these shots of Andrew Garfield also looking stunning while sunning... 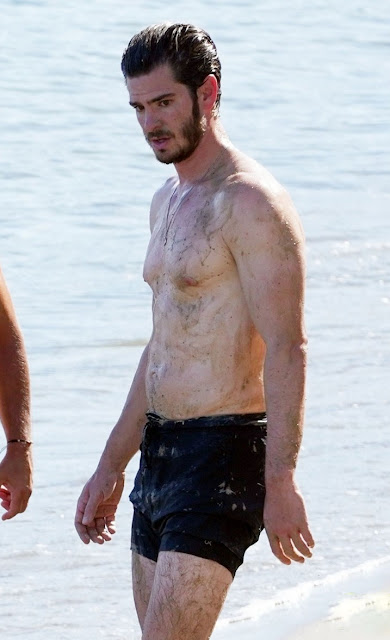 ... and I knew with utmost defeat that I didn't have enough  time to gather up both batches of photos and edit them down in my typically neurotic way. I contemplated doing a "Which is Hotter?" poll even but that seemed like Dick'd win in a blow-out -- no offense to Andy! But Richard Madden is Richard Madden. Anyway what made me finally decide I had to do the Richard Madden post? 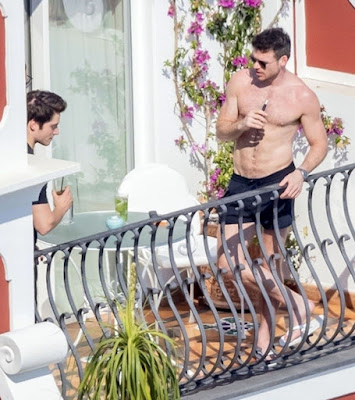 It was seeing the photos that Just Jared didn't share -- the ones where Richard's rumored "good friend" and fellow actor Froy Gutierrez can be seen hiding on their hotel balcony. We do all understand how these stunts work right? The photos of Madden at the pool with a lady friend were approved -- the ones with Froy squirreled away probably weren't? Although who knows now -- maybe they realize teasing us like this is also beneficial. Whatever the case I'm eating the bait and here are the photos after the jump... 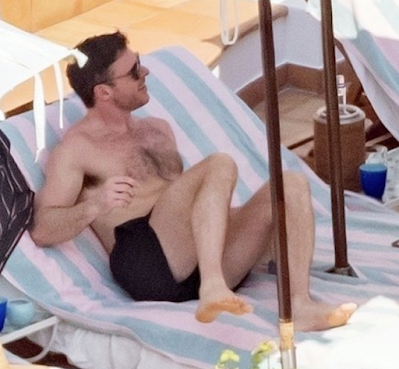 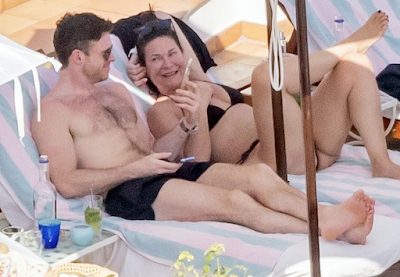 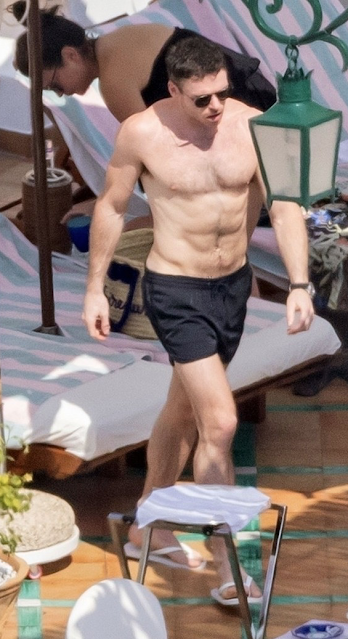 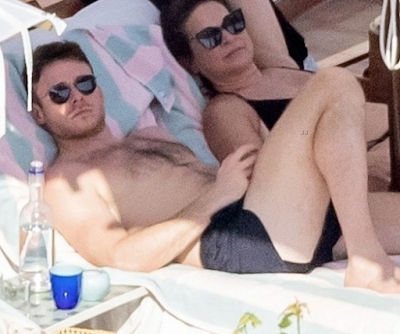 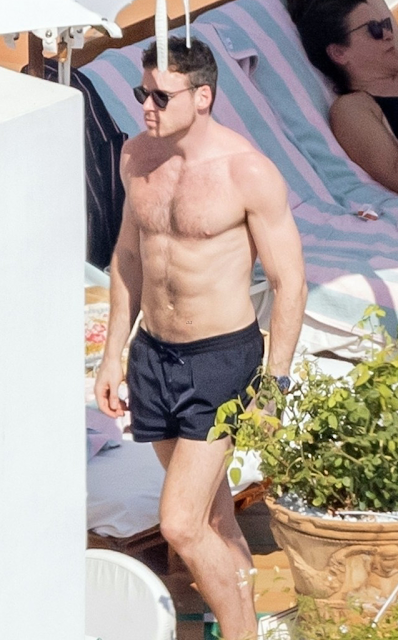 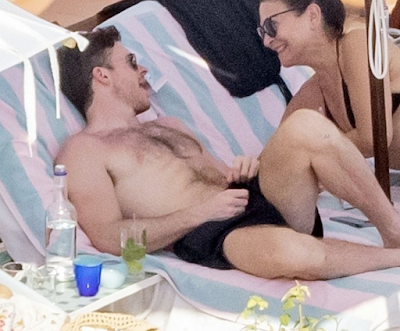 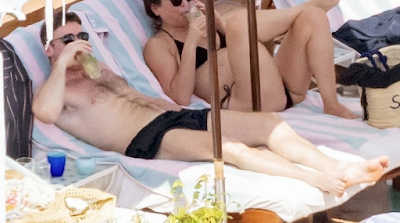 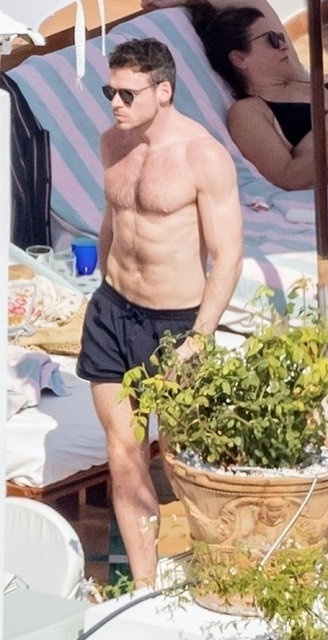 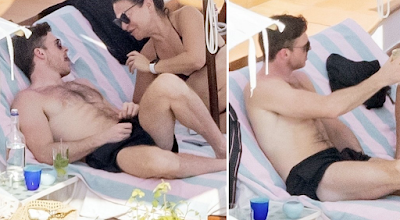 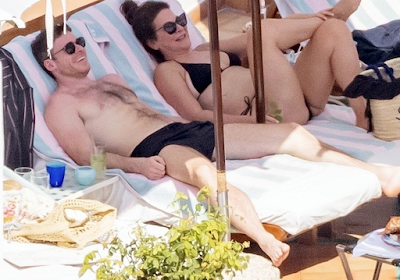 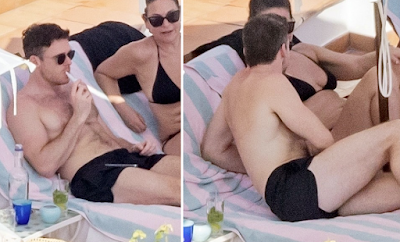 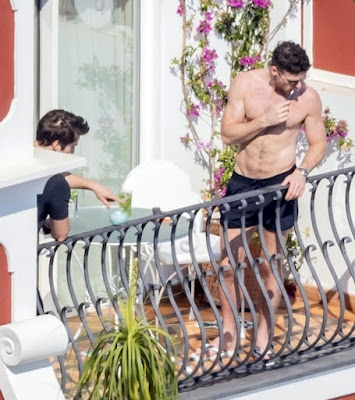 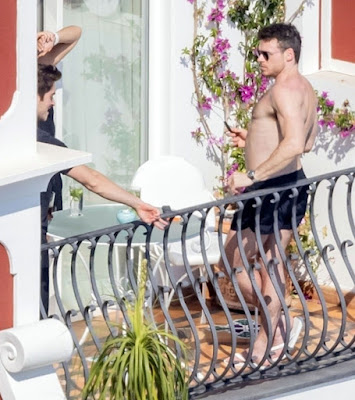 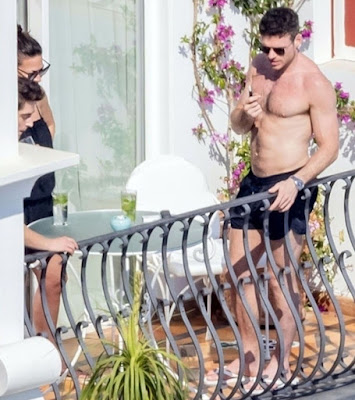 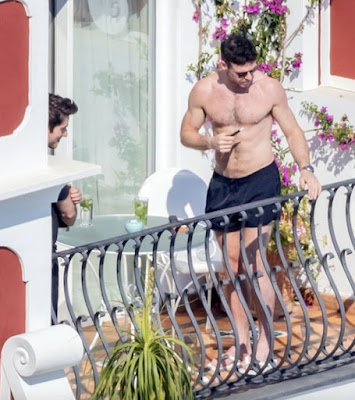 If Mr. Gutierrez and Mr. Madden are baiting us, I am EATING. IT. UP.

Love it! They are my favorite (alleged) celebrity couple.

His lady friend looks less like a girlfriend than an aunt or assistant or something. They're clearly not romantically involved based on body language and such. She's not especially glamorous for a starbeard.

I think it's ridiculous that in 2022, actors still need to hide their sexual orientation in fear of losing opportunities.