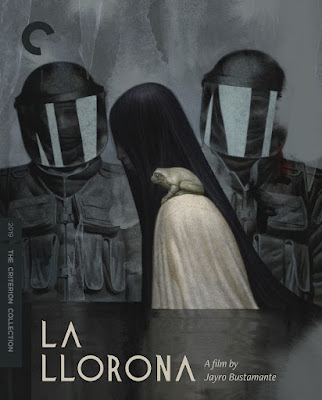 During the week I just had off I missed a lot of important news that I'm trying to catch up on today, but priority numero uno as ever is Criterion's new releases announcement that hit on Monday -- these are for the great month of October, aka the best month of the year! And it's a killer batch, starting off with Guatemalan director Jayro Bustamante's frankly incredible 2019 movie La Llorona, which I reviewed right here. If you missed it then, and I have a feeling a lot of people did, then I'm really psyched that y'all will be catching it now thanks to Criterion -- it's a horror film mostly, one that tackles the old myth of the title character in its own way (a myth I've written extensively about before) but it's also a political film, and one of the best of recent years. I cannot recommend it highly enough, and between this movie and his gay movie Temblores (also super great) Bustamente is at the top of the heap these days for international up-and-comers -- not that he needs to work with Hollywood but I'd love to see him work with Oscar Isaac (who is of course Guatemalan) some day soon! La Llorona is out on October 18th and you can pre-order it right here! 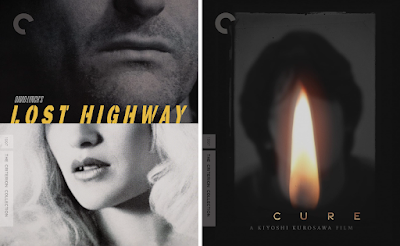 Since October is The Scary Month the bulk of Criterion's October announcement is of Scary Movies, which suits me just fine! Also on the slate is the 4K restoration of David Lynch's film Lost Highway (which is currently playing in theaters) -- this hits on October 11th and you can pre-order it right here -- and Japanese's great Kiyoshi Kurosawa's breakthrough 1997 flick Cure, which is the only one of this batch that I haven't seen! One of out five for October is a much higher batting average then usual -- go me. I don't know how Cure has eluded me these many years, I've been meaning to see it all this time, but this presents the perfect excuse. Cure is out on October 18th and you can pick it up right here. 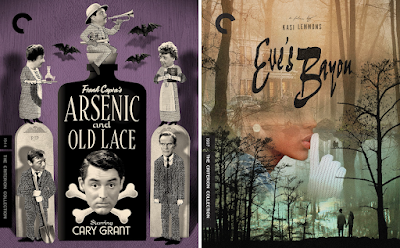 Which brings us to our final pair of October drops -- first off Frank Capra's beloved 1944 screwball comedy Arsenic and Old Lace, which has Cary Grant discovering his two old batty aunts are actually diabolical serial killers. A charmer, that one! It's out on October 11th, pre-order it here. And lastly but hardly leastly is Kasi Lemmon's glorious 1997 Southern Gothic Eve's Bayou, which never got the attention it deserved at the time but which has steadily grown in critical acclaim in the years since. A great film (with as I recall one of the greatest of Samuel L. Jackson's performances) but one I haven't seen in maybe 20 years -- gimme gimme gimme that sweet blu-ray, Criterion! I gotta see it again! Eve's Bayou hits on October 25th, and you should be able to pre-order it at this link soon. And as always head over to Criterion's site for all the specs on these releases which I am far too lazy to go into in detail. They're just too good, I can't possibly keep up!

Cure is great. You are gonna love it. I saw it on the Criterion app earlier this year. If you haven't seen Pulse, watch that one as well. It came out a few years later.

Eve's Bayou is amazing. The entire cast is phenomenal, but Debbi Morgan steals the show. The scene where she tells the story of her husband's death is a master class.