Never Knowing Who To Cling To 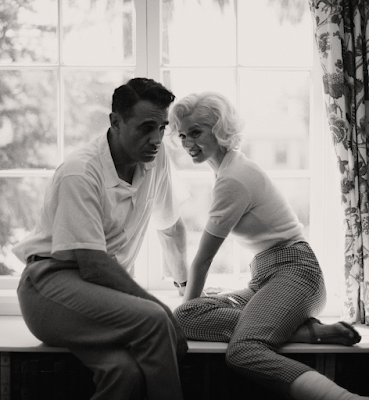 I probably wouldn't be looking forward to Blonde if it wasn't directed by Andrew Dominik, which I do realize is the straight-bro-film-douchiest thing I could say but I can't help it, man -- you did see The Assassination of Jesse James by the Coward Robert Ford, right? What other choice do I have? That's not to say that the other ingredients don't intrigue me -- I like Ana de Armas just fine, she has been fun in Knives Out and Knock Knock and especially No Time To Die. I can't say I have felt terribly moved by any work she's done so far, but if it's gonna happen I imagine a Marilyn Monroe bio-pic would be the moment. Speaking of I also love Marilyn and I am like most people who care about the movies still fascinated by her, and on top of that I don't think the definitive movie about her has yet been made. If such a thing can be made.

My Week With Marilyn was fine, Michelle Williams was very good, but that movie evaporated from my memory immediately after that year's Oscars. And I think Nicolas Roeg's Insignificance is a fascinating movie and Theresa Russell does a great job playing "the idea of Marilyn" but I wouldn't call that a definitive take either -- that movie's far too abstract and not really about her, not as a person, anyway. We'll have to see how much Dominik's film is legitimately about the woman then, as the trailer promises to be -- I gotta admit it is one hell of a trailer. Looks ravishing.
Blonde comes out on September 28th. Thoughts? 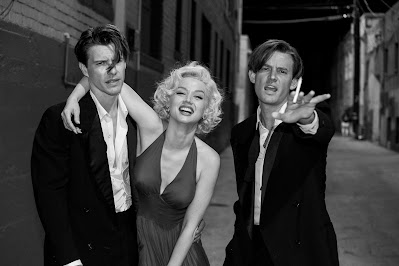 I haven't seen any of the films you mention. But unless we find out real info that has never been released to the public, I'm not that interested. Perpetuating blonde worship is just a waste of time.

i'm looking forward to it. MM was a tragic figure, used by everyone. All she wanted to do was be a good actress and men took what they wanted until there was nothing left. the book is a fictional retelling of her life...it's a long but good read.

Being a rabid Golden Age fanatic I'm always interested in movies about anything associated with the period and heaven knows Marilyn is hugely representative as an icon of that time. So if the opportunity presents itself I'll give it a look.

That said I agree that the two films you mentioned and the many others that have tried to present the complicated, damaged but endlessly fascinating Marilyn have failed to reveal those deep wells of complexity that made her tick and gave her that special "something" the camera seized upon making her stand out from the pack.

The closest performance I've ever seen to whom the real Marilyn seemed to be was Catherine Hicks in the 1980 TV film Marilyn: The Untold Story. While the overall film was okay it was who Catherine Hicks captured the essence of Norma Jean/Marilyn rather than just going through the motions. She was Emmy nominated for it.

Ironically Sheree North who Fox had groomed unsuccessfully to replace Marilyn (though she did have a decades long career as a very fine character actress) played her mother in the film, also giving a very strong performance. Reportedly she helped coach Hicks on Marilyn's nuances surely helping strengthen her work.

Theresa Russell (we don’t talk enough about her) is indeed magnificent in Insignificance and I agree with you about a definitive film about Marilyn that we are still waiting. Joyce Carroll Oates + Andrew Dominik combo could be the charm. I like Ana de Armas and if she’s good in Blonde I hope she could get her due