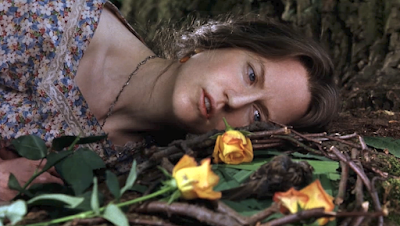 Virginia Woolf: Someone has to die in order that
the rest of us should value life more. It's contrast.

Stephen Daldry's wonderful adaptation of Michael Cunningham's wonderful book (sidenote to self: go back and re-read this beautiful book already, it's been ages) is turning 20 in December, and red hot news alert: one of the most important aspects of the movie -- its gloriously insistent score by Philip Glass -- is hitting vinyl for the very first time in September to mark the occasion! You can pre-order it right here. Hopefully they also finally put this damn movie onto blu-ray as well, since it's inexplicably never been here in the U.S. There is an out-of-print Region 2 blu but that's it. This movie deserves better! Why isn't Nicole Kidman stomping into that studio in her Balenciaga high heels and demanding her Oscar-winning turn get the respect it deserves? That is how these things happen, right? I don't just watch too much Dynasty? 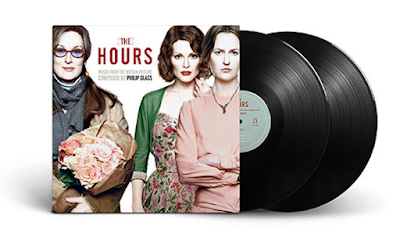