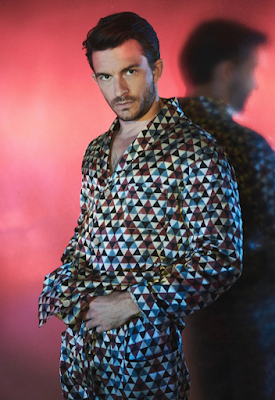 Writing up news like this news here makes my brain kind of break -- not just because of what it promises, but in the remembering of when I'd have to write posts about movies that would have two hot dudes in it just standing sort of close, and I'd make due with that. And be happy with it! But now I get to write about the news that out actor Jonathan Bailey will be playing the lover of out actor Matthew Bomer in a limited series for Showtime called Fellow Travelers. There's no forcing my "agenda" onto any of this shit -- it's gonna be ALL the gay. Says TV Line:

"Based on Thomas Mallon’s novel, the eight-episode drama is described as “an epic love story and political thriller, chronicling the volatile romance of two very different men who meet in the shadow of McCarthy-era Washington,” per Showtime.

Bailey will play Tim Laughlin, a young Fordham University graduate, earnest about his political and religious convictions and filled with optimism about the post-WWII future. His life is turned upside down when he meets and falls for Bomer’s charismatic and intimacy-avoidant “Hawk” Fuller."
The pair begin a romance just as Joseph McCarthy and Roy Cohn declare war on “subversives and sexual deviants,” initiating one of the darkest periods in 20th-century American history. Over the course of four decades, Hawk and Tim cross paths through the Vietnam War protests of the 1960s, the drug-fueled disco hedonism of the 1970s and the AIDS crisis of the 1980s, while facing obstacles in the world and in themselves."

Anybody read the book? So it's kind of like a gay Forrest Gump? I mean Jenny did die of AIDS so Forrest sort of covered that too, but this sounds like what would have happened if Lieutenant Dan had also eaten Forrest's ass in the barracks. Sorry, I don't know why I put that image in y'all's heads, here when we have such happy, hot news. Here's a photo of Matt Bomer to cleanse with: 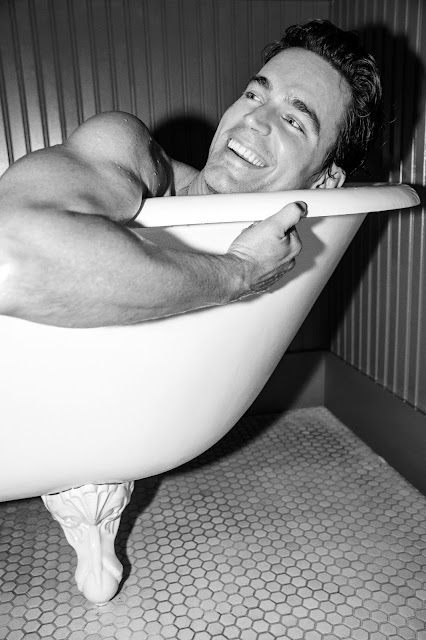 I read the book after Bomer was announced, it's gonna make a good limited series. I love Jonathan, but Tim is supposed to be a naive tortured Catholic just out of college Twink, and Jonathan feels too knowledgeable.

Also, there's an opera I didn't know about until a local film/theater critic pointed it out.

I saw the opera a few years ago and it's a beautiful show.

The book is great, a fitting tale of disillusionment for the lavender scare/McCarthy years. Like Ax said above, though, the younger character is supposed to be VERY green. And Matt, though 10 years older than Jonathan, doesn't look it. It makes me wonder how they will handle the characters' age difference. Still, glad to see it getting this treatment with talented people attached.

I recommend the book. It is beautifully written and covers some interesting and important history.
Except for a framing tale set in the 90s, the whole book takes place in the 50s. All the stuff in subsequent decades is made up for the series.

The opera is ravishing.

I didn't like the book as much as everyone else apparently. But I think that's because so many people (and the book jacket itself) make it seem like it's about this gay couple with the political drama as the backdrop but feels more the other way around. They barely even spend any time together.

And yeah, Bailey is very talented but too old for the role.