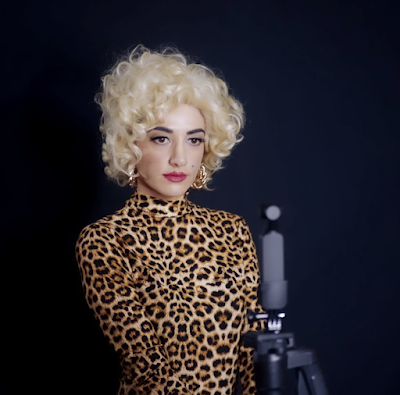 If things seem a little quiet in here for the next several days know I actually have a reason this time and it's not just me having another meltdown -- although you can be sure that will still definitely be happening alongside whatever else I am doing. The Tribeca Film Festival started up last week and I'm gonna be belly-deep in the screening of those movies and the writing about the screenings of those movies this week, and maybe into next depending on how pro-active I am. (Ha.) Anyway I had three reviews go up over the weekend and I am now going to direct you to those! What a blast this will be! 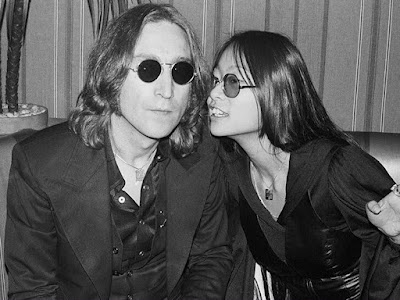 First I reviewed the doc The Lost Weekend: A Love Story right here at The Film Experience, which documents the eighteen-month relationship that John Lennon -- maybe you know him, he was in a band -- had with a woman who was not Yoko Ono in the mid-1970s. I know a lot of people say things like "I am not a Beatles fan" to be edgy or controversial or whatever so please don't lump me in with them when I say I genuinely am not really a Beatles fan. I have tried. I get why they are a big deal! I do. Their sound is just not a sound I go looking for when I look for sound to listen to. Anyway I kept all of that out of that review since it wasn't actually about the band.

Second also at The Film Experience right here I review Land of Dreams, which stars one of my favorite actresses, the great Sheila Vand (pictured at the top of this post in character), who you should recognize from A Girl Walks Home Alone at Night and as the mom in We the Animals. It's a surreal Jarmuschian little thing about a census worker documenting people's dreams and then turning their dreams into outsider art, and it's a big-time showcase for what a super actress Vand is, and such such i recommend it highly. 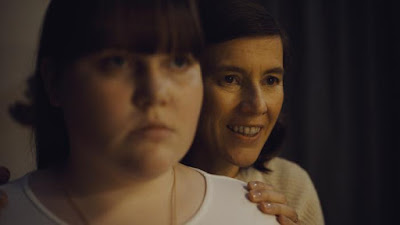 And thirdly over at Pajiba right here I wrote up the Austrian horror film Family Dinner, which sees an heavy-set teen girl heading to her aunt's for Easter Holiday to get some advice on how to lose weight from her aunt, who's written several books on the subject. Things go very very wrong, as they tend to do in Austrian horror movies.

Anyway I'll have more plenty going up this week so stay tuned!