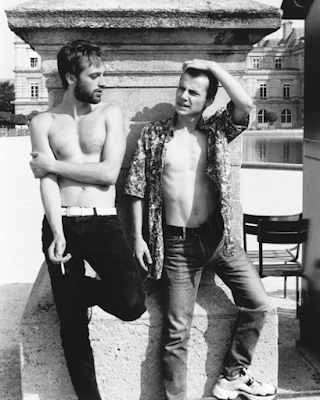 I went looking for photos of Lost Illusions actors Vincent Lacoste and Benjamin Voisin because that César-winning movie -- I shared the trailer right here -- is out this weekend here in NYC (at Film Forum) and in L.A. (at the Royal) as well. But instead I found the above image (via) of a bearded Voisin with his Summer of 85 co-star Félix Lefebvre and... uhhhh... obviously I had to take the bait. Man I loved Summer of 85 -- I wrote up thoughts back when at this link -- y'all have seen that by now right? I think it's one of Ozon's best and sexiest films, which is saying plenty obviously. (And coincidentally Amazon has the blu-ray on sale for 24 bucks right now!) Anyway I can't speak to Lost Illusions yet because I haven't had a chance to watch it yet but by all accounts it's a very good movie, so if you're in the neighborhood clearly go stare at the cute French boys! What better is there to possibly do? The Jurassic movie blows! Here's your alternative -- be adventurous, with the French boys. 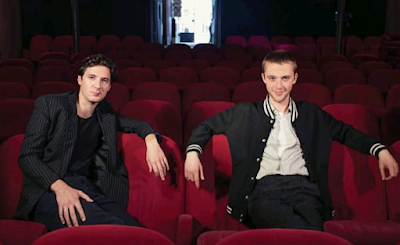