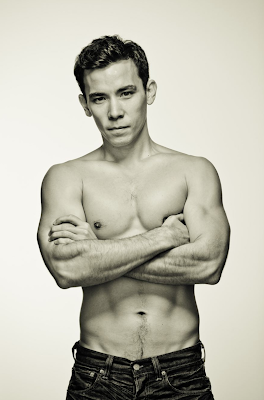 Earlier today -- hell just two hours ago with those gratuitous Zane Phillips photographs -- I said that I could fill up this blog with pictures of the Fire Island movie cast for months straight. Well I sure am off and running with that idea today now, here adding co-star Conrad Ricamora to the heap -- and Fire Island is definitely the kind of movie where you'd like to see the entire cast just piled up in a sexy heap. Ricamora plays one of the film's several love interests, but most importantly he stands in for the Me's of the world -- the people who just cannot with that whole Fire Island Scene. And much to the film's benefit, as much as it does ultimately make its case for that place it never exactly argues too hard with his point-of-view either. It threads the needle anyway, mostly because Andrew Ahn is a supremely gifted filmmaker who makes complicated perspectives come off easy as pie. Anyway I am saying all of that now because I didn't have room to get into it with my review of Fire Island, which you can read right here at Pajiba. Go! Read it! 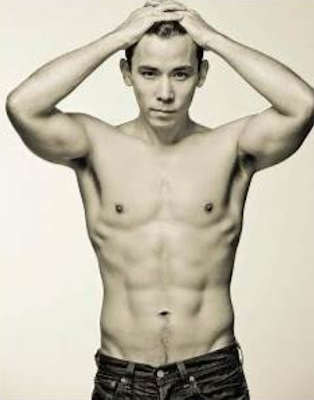 Which brings me to my next point -- it's now after Memorial Day, which means I now have Summer Fridays off from my day job! Yay me! Yay three-day weekends! Which also means I (probably) won't be posting on Friday again until September. Don't you give me that look -- my brain needs the goddamned break. There is plenty of content if you scroll down, and down, and down. Just go down, dammit! (Why am I always screaming that at people?) Have a good weekend, y'all. And watch Fire Island on Hulu! And follow Conrad Ricamora on Instagram right here:

Glad to see you're alive and well after the Jesse Front Row Experience.

I waited to buy tickets to see Conrad in Little Shop-and he was out the night I saw it. Understudy was good, but major disappointment.
Fire Island is great!

He was so handsome in Fire Island. Obsessed.