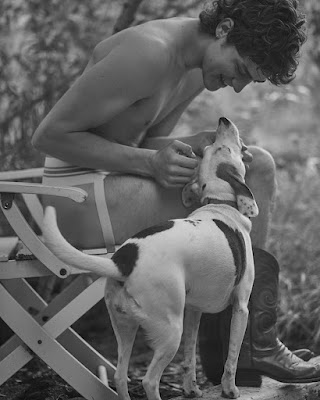 I have been so busy with assorted Tribeca Film Festival shenanigans this past couple of weeks that all sorts of things have fallen by the wayside, one of which has been the watching of any of the new Queer as Folk reboot, co-starring the young person named Fin Argus that you see here in these two very appealing photographs. (See a few more over here.) Hello Fin! Have any of you watched the show? Please tell me your thoughts in the comments if you feel up to it, I'd like to hear all about it -- I'll get to it once Tribeca ends. On that note I'm going to be off for the rest of the week while I try to finish that stuff up -- if (and when) reviews go up I'll tweet about them (which is to say follow me on Twitter if you don't already!) but I won't be posting links to anything here on the site until Monday-ish. I won't be posting jack-shit here on the shite until Monday-ish! So have a good weekend, everyone. 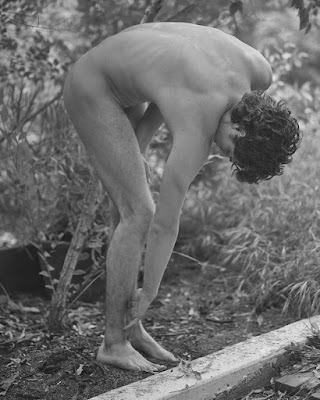 I've watch the entire season I liked it once you get past trying to figure out who is supposed to be who (Brian Justin Mel Lin etc) The Kid from Special with CP is great! I still Love The Brian Justin QAF Though.

I watched it. It's uneven, both in the writing and acting. But mostly enjoyable, though the lead character is pretty insufferable. O'Connell, Lewis, Cattrall and James-Keitel were the standouts for me.
It's a bit forced at times, and the finale was contrived, mostly due to complete lack of chemistry between 2 people, which is a problem for a lot of the couplings in this show-lots of sex and making out, but for the most part, zero heat.

I watched and hated the original version all the way through, but we were so desperate for anythingay back then. The last season, the writing started to improve somewhat. I bet I would like this redo better.

The early episodes are weak, largely because they're not really doing much in the way of character building as they are adding labels to characters. Things do progress, but I think the show is really bogged down by the tragic element built into it.

It's something I hate about myself, but as a teacher I find myself watching or reading things with my teacher lenses on. This show made me cringe so bad because the character Ruthie would be absolutely fired for crossing so many ethical lines or just normal student/teacher boundaries.

"though the lead character is pretty insufferable."

He was in the original too. (original American, never saw the British one). I never understood why Brian had friends. First of all, I know at the time they pretty much had to take the actor who would take the role, but...Gale Hansen is not that hot. I mean, he's not ugly, but I wasn't buying him as this stud who was so hot everyone would want him and put up with his bullshit. And then all he ever did was tear his "friends" down and treat them like shit.