A Manual For Cleaning Out My Wallet 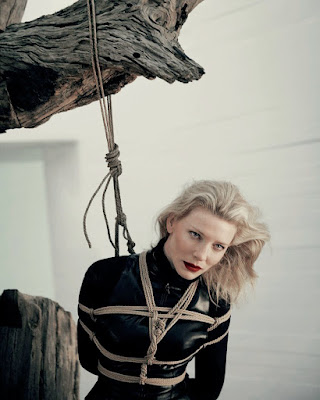 I'm working under the assumption that all of you have already read last week's big news that Cate Blanchett will indeed officially be starring in Pedro Almodovar's English-language debut feature-film called A Manual for Cleaning Women, which has long been a rumor -- I first posted about the project in February of 2020 when I also first posted about Pedro making his English-language short-film debut with Tilda Swinton and The Human Voice. And we all know how that one turned out (i.e. incredible). Cleaning Women is based on Lucia Berlin's short-story collection of 43 stories (!!!) about different women with demanding jobs -- in my 2020 post I had Pedro quoted saying he'd narrowed it down to five of those stories for his film; no word on whether that's still the case now, and one wonders...

... will Cate be playing multiple characters like she did in Julian Rosefeldt's art installation film Manifesto in 2015? That ruled. But I guess we'll have to wait and see where Pedro's going. One doesn't worry about quality though, not with these folks at the helm. Quality's a goddamned given. Anyway I assume y'all saw this news last week but it's a Monday and I am distracted with other things so I'm sharing this news in hopes maybe it's news to you, or maybe we can just look at Cate for a second -- win win, baby. 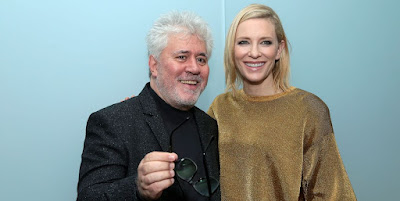