Always Look on the Haigh Side of Life 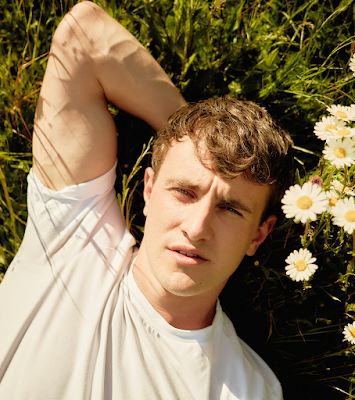 Everything is absolutely terrible right now -- I know it, you know it. There's still a pandemic happening, for one. (No really I promise, it really is still here.) For another the Supreme Court is currently Slim Pickens strapped to the nuke, waving its cowboy hat and happily yeehawing us toward oblivion. We had a nice moment earlier this week when Cassidy Hutchinson twisted her knife around in the former Prez's bloated belly for one long blissful afternoon, but other than that it's been a real hard week to perk up. 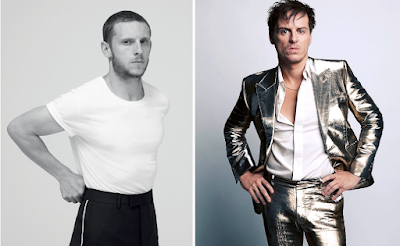 So here, I gift y'all some very good news, which hopefully the world can last long enough to see -- Weekend and 45 Years director Andrew Haigh, a fellow proud homosexualist who was last seen making a really great fucking television series starring Jack O'Connell and Colin Farrell which literally nobody but me and like five other people watched (seriously, go find The North Water and watch it already), is making a new movie! And it sounds incredible, every bit of it. First off it will star Paul Mescal and Andrew Scott and Jamie Bell, and I could probably just stop there and you'd understand all of this is "incredible" already. But there's more! Here is how the plot is described:

"Strangers follows screenwriter Adam (Scott) who, one night in his near-empty tower block in contemporary London, has a chance encounter with his mysterious neighbor Harry (Mescal) that punctures the rhythm of his everyday life. As Adam and Harry get closer, Adam is pulled back to his childhood home where he discovers that his long-dead parents (Claire Foy and Bell) are both living and look the same age as the day they died over 30 years ago."

Now we don't know what that "chance encounter" between Andrew Scott and Paul Mescal consists of, but I think you'll forgive me for going straight unto ye gutter. Still even if it's not "a full hour of butt stuff" I can't help but believe that Andrew Haigh will make it feel like that's what we're getting, cuz he's good like that. I anticipate sexual tension! Like, I'll admit I'm getting big Apartment Zero vibes off this description? Well off the first half of the plot description anyway -- I have no f'ing idea what to make of the second half with the ghost parents thing. But that's good! I love something that sounds like nothing I have heard of before! It's either that or Minions 48: The Minioning in which case I say just bring on the goddamned Apocalypse a little quicker then. 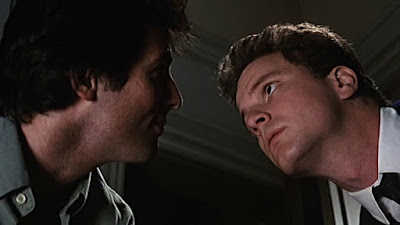 Apartment Zero is impossible to find, I don't think it ever streamed. Hart Bochner in that, jeez.
This sounds great. I love all 3 guys, especially Scott. I've watched the episode of Fleabag where he freaks out about foxes multiple times b/c it's so damn funny.
Ripley was filming here, unfortunately, no Scott sightings.
He's great in Pursuit of Love on Prime.