All of Them Will Be Witches 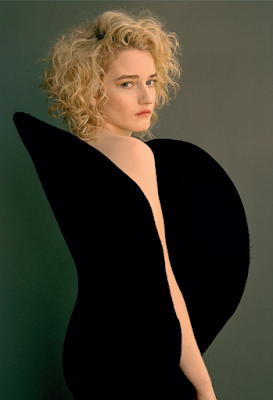 Well file this under "potentially intriguing slash possibly horrifying, we shall see" -- and yes, I've got an entire filing cabinet full of things that fall under that banner -- we might be getting a Rosemary's Baby prequel? Now that information alone is the "possibly horrifying" part, because nobody should try messing about with Rosemary's Baby. It's a perfect movie -- heck it's literally my favorite movie. People have basically remade Rosemary's Baby a thousand times now -- once officially, to terrible results, and a million other times with vague spins on the material. There's also a nutso TV movie sequel called Look What happened To Rosemary's Baby that is fun insomuch as it's terrible and Ruth Gordon reprises her role. 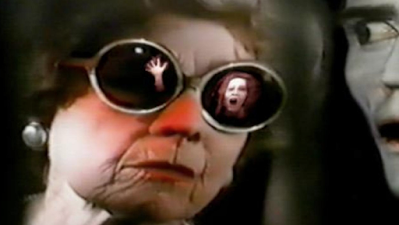 Anyway setting that aside the rumor gets interesting when you look beyond the initial shock of it because of who's attached to the thing right now -- it will star Julia Garner and Dianne Wiest and it will be directed by Natalie Erika James, the director of 2020's phenomenal horror flick Relic (that one starred Emily Mortimer and I reviewed it right here). Oh and the story will be about the character of "Terry d'Onofrio" (played by Victoria Vetri in Polanski's film), who's the young woman who lives with the Castavets and ends up "jumping" out their window toward the start of that film, after befriending newcomer Rosemary (Mia Farrow) in the laundry room. 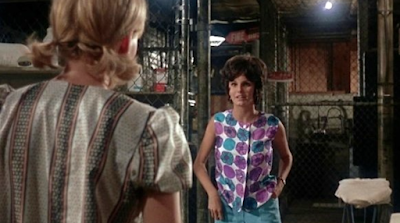 Thing is nothing has been stated about any of this officially -- the movie on IMDb is called Apartment 7A and no plot has been released. Bloody Disgusting just says they "have it on good authority" ... and then some incredible sleuth went and noticed that a bunch of the character names on IMDb are characters from Rosemary's Baby, lol. Like how actor Kevin McNally from the Pirates of the Caribbean movies is listed as playing "Roman Castavet" and relative newcomers named Amy Leeson and Scott Hume are playing "Rosemary Woodhouse" and "Guy Woodhouse" for example. 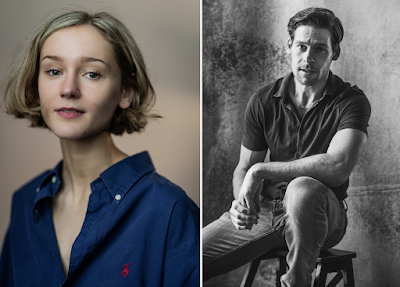 So point being if those character names are indeed authentic to the film then I can't imagine that BD is reaching here, saying this will be involved with Rosemary's Baby. And perhaps we should be open-minded! Natalie Erika James turned out one hell of a film with Relic, and Garner is one of the most exciting actresses coming up. And does this mean that national treasure Dianne Wiest is playing Minnie? Or maybe she's playing the old woman who owned the apartment before Rosemary & Guy move in, the one who grew all the "tannis" herbs? Either way I dare to say... 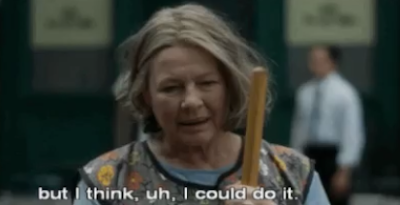 I am so into this. Jason, I don't know how to contact you but your moustache god, Murray Bartlett shows up in Ep 3 of Physical in very short shorts.

No please no. EVERY new take on Rosemary's Baby has ruined it. Terrible movies, remakes.
Even fucking Ira Levin himself screwed it up when he tried to write a sequel, the AWFUL Son of Rosemary. The whole greatness of the story comes from us feeling everything in Rosemary's head-slowly uncovering each layer of the conspiracy around her. Telling us everything that came before spoils that.