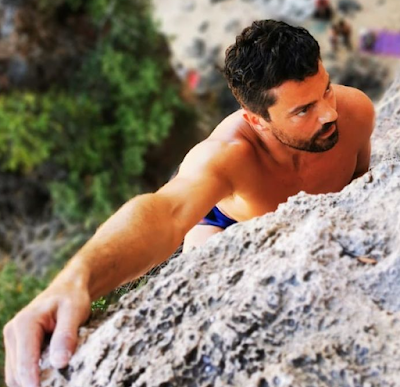 (via) Excuse me while I spend days upon days trying to suss out what skimpy thing it is that Dominic Cooper is actually wearing in this photograph -- is he just wearing lycra bike shorts? That's my guess and my god, I might faint at the thought of that. It's also wildly cruel of him to tease us with such possibilities and not give us a better look -- when we've seen already him bursting out of a speedo there's no going back to mere glimpses like this! 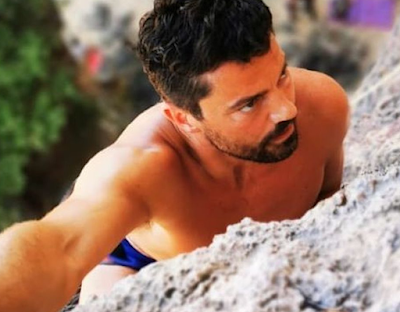 Anyway y'all can thank Nat over at The Film Experience for pulling my own head out of my own big ass so's I saw this photo, only mere months after it was posted -- for shame on me, I don't know how I missed it, especially given how stingy this long-time fave's become as of late. I promise to do better if you do better, Dom! By which I mean let's see a shot from the person climbing behind you next time, ehh? Know your angles. 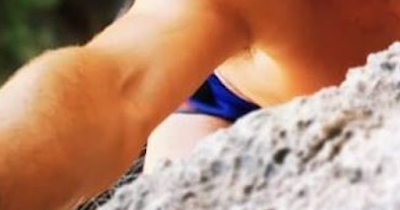