The Early Hands of Ang Lee 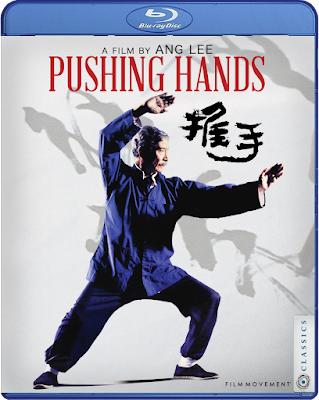 Just when you think you've seen every Ang Lee movie, they go and pull one out that you've never seen! Granted the fact that I'd never seen Lee's first film Pushing Hands -- a 1991 immigrant dramedy about an elderly tai chi master (Sihung Lung) moving from Beijing to live with his Americanized son in New York -- was always only an IMDb search away, but now I know and I didn't have to do any work to find it out and that's what really matters. The fine folks at Film Movement are putting the film out onto blu-ray tomorrow, you can buy a copy here and here is the trailer:

Have any of you seen this one? First films by even the greatest of directors can always be a toss-up but I don't think I've ever seen one that isn't at least interesting in the ways it hints at where the director will be going in their careers. And with a director as notoriously genre-hopping as Ang I think you can still sense glimmers of his fascinations-to-be revealing themselves in this. Anyway I only recently filled in what I thought was the last gap in Ang's filmography for me, having watched Eat Drink Man Woman at the start of the pandemic, so I'm happy to have one more early example of the master's work to pore over. I miss this light humanist version of his filmmaking, and wish he'd circle back to small movies again. 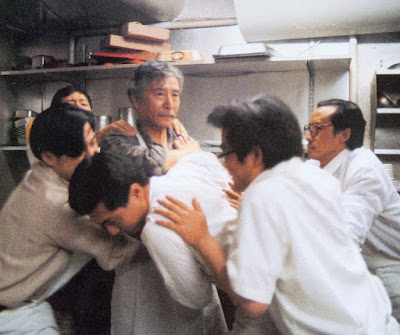 Chip Chandler said...
This comment has been removed by the author.
9:55 PM

I'd not heard of this either until I listened to the Ang Lee miniseries of the Blank Check podcast -- recommended listening, btw. Glad to see this film has finally showed up in a good format!